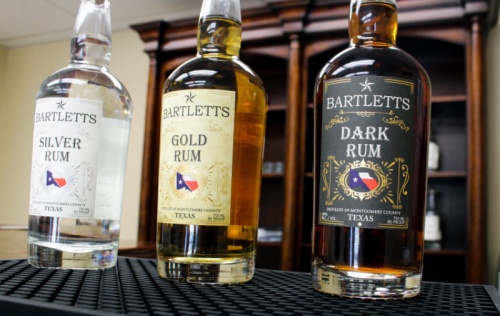 For former mechanical engineer Van Brackin, making hand-crafted alcohol is simple. Owning and operating Bartletts Distillery, on the other hand, is a challenge, he said.

“[People have] been making distilled spirits for hundreds of years without much technology,” he said. “You can get very technical with it, but at its core it’s a very simple process. Where the real work comes in is on the business side.”

Prior to debuting Conroe’s only craft spirit distillery, The Woodlands resident worked for 20 years as a mechanical engineer in the oil and gas industry. In 2012, he learned about distilling spirits from colleagues and immediately became interested.

When Brackin was laid off from the oil and gas industry in 2015 due to the industry’s downturn, he began researching the distilling process more earnestly. Because he already had experience brewing beer at home, Brackin said he felt confident he could handle brewing spirits.

“What I’ve seen is craft spirits are starting to take off now like craft beer did 20 years ago,” Brackin said. “People want local products. They want to be involved. They want to go and see the place to see how this stuff is made.”

Brackin began bottling spirits in July in Conroe near FM 3083. Bartletts Distillery offers Saturday tours for $10, where visitors can learn about distilling craft whiskey and rum and enjoy tastings of the spirits.

From the distillery’s on-site tasting room, which opened July 28, tour groups can also purchase mixed beverages or a bottle of his unaged White Dog Whiskey or silver rum. The more mature spirits—such as the upcoming gold rum, dark rum and single malt whiskey—require months of aging.

Brackin expects the distillery to feature new rums in as little as three months, and he intends to build up the inventory to begin selling his spirits wholesale to Conroe-area businesses. Bartletts Silver Rum will be available in select liquor stores in Conroe in September.

“I want to contribute to the local economy and build us into something that makes Montgomery County proud,” Brackin said.