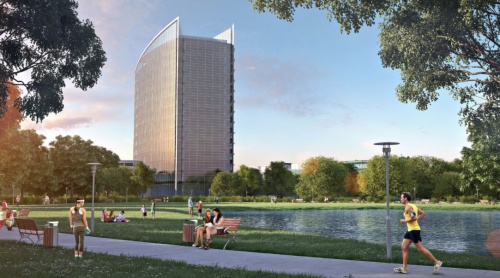 “They’ve gotten a very competitive process,” he said. “They’ve encouraged cities and developers, states to put their best foot forward, to think big and come up with the optimal solution.”