Clear Creek ISD’s special education program is doing several things right, but “there is room for improvement” outlined in over two dozen recommendations consultants presented to the district March 4.

According to the data Gibson gathered, special education student achievement is improving at CCISD, though some areas are behind state targets. Part of the improvement is related to the district’s effort to increase the number of students in “inclusionary settings,” Gibson Project Director Keri Munkwitz said.

Gibson sent a survey to over 4,600 parents of special-needs students, and 27 percent responded.

“That’s actually a pretty high number for a parent survey,” she said.

The survey, focus groups and interviews with parents showed most are satisfied with the quality of special education services, but there are pockets of dissatisfied parents. The recently created Special Education Parent Advisory Committee is a step in the right direction, Keri said.

Despite everything Clear Creek ISD is doing right, Gibson made 27 recommendations to improve the district’s special education program further.

Two recommendations called for improving communication. Gibson said the district should provide more relevant data to parents through the district’s website and social media and should give parents more detailed feedback on their children’s academic and behavioral performance.

“The parents expressed they want more specific information on what their children are learning in the classroom,” Elsberry said.

CCISD Chief Communications Officer Elaina Polsen said the board will not take action on the recommendations but that they will be implemented at the administrative level. 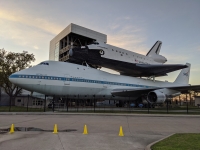 As local tourist destinations are forced to close along with many businesses, the economy is feeling the effects, though it is too early to tell what the long-term impact may be, officials said.

The University of Texas Medical Branch at Galveston is developing a tool to streamline the development of a COVID-19 vaccine, according to a news release.

The order went into effect at midnight the morning of March 25.

The airline industry and associate businesses may see some relief from fees paid to the Houston Airport System.