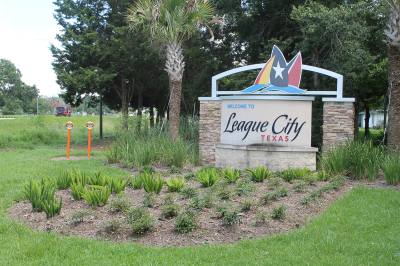 The six drainage studies being conducted in nine League City neighborhoods after Hurricane Harvey are almost complete, and officials hope they help better prepare the city for future floods, according to a press release.

"Final reports will provide an analysis of the flooding and drainage issues in each neighborhood along with suggested solutions to mitigate future flooding," the release states.

Residents can learn about the drainage studies at a meeting from 6-8 p.m. Sept. 6, at the Johnnie Arolfo Civic Center, 400 W. Walker St. The meeting will discuss the following subdivisions:

The city will host workshops and organize community meetings for residents who live in the studied neighborhoods. The results of the studies will be posted online at www.leaguecity.com/drainagestudies, according to the release.
SHARE THIS STORY

Local athletes have anxiously awaited the reopening of Big League Dreams since it closed eight months ago, and their wait is nearing its end.

CCISD's budget includes a $0.08 tax rate reduction to be presented for approval in late September.

Due to League City City Council’s decision Aug. 10 to set the maximum property tax rate $0.01 lower than staff suggested, there were cuts made to the fiscal year 2021-22 budget.

Although Bay Area residents may not have direct interaction with migrants, their children could be in a class with a migrant child. As part of the University of Houston-Clear Lake’s Friday Morning Continuing Education fall series, Roberta Leal will contextualize the backgrounds of migrant children and explore ways the community can identify their trauma.