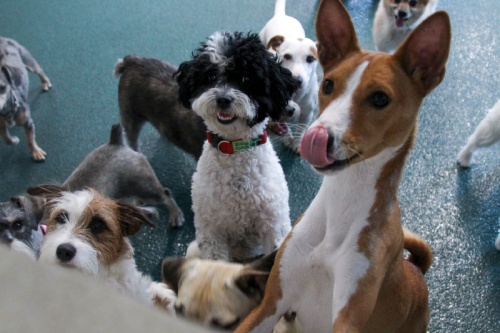 Pets can be microchipped for free at Harris County Animal Shelter throughout the month of August.

Residents in unincorporated Harris County can microchip their pets for free throughout the month of August, thanks to a partnership between the Harris County Animal Shelter and Lone Star Animal Welfare League.

Pets can get microchipped during the shelter’s pet wellness clinic hours, and a maximum of two pets per household are eligible for free microchipping, according to an Aug. 1 press release from the Harris County Public Health Department. Microchips are radio-frequency identification (RFID) implants that provide permanent, unique identification for a pet.

More than half the animals that enter HCAS are strays and on average, less than one in 10 animals arrive with any identification, the release said. Every animal brought to the shelter is scanned twice for a microchip and photos of the animal are uploaded to three different pet-finding websites, according to the release.

“[Microchip usage] enables us to quickly reunite animals with their owners instead of their pets waiting at the shelter for their owners to reclaim—which frees up space for the pets that truly need to be here,” he said in the release.

When a lost animal is taken to a clinic or shelter, the pet will be scanned for a microchip to reveal the chip’s unique ID number. That number is called into the pet recovery service, and pet owners are contacted using the information on file with the microchip. The chipping procedure is similar to administering a vaccine or a routine shot, the release said.

LSAWL, formerly known as The Woodlands Dog Park Club, was established as a nonprofit in 2004 with the initial purpose of raising money for rescue groups to cover emergency veterinary costs. It has since evolved into an animal welfare advocacy group, working to provide spay and neuter services and microchipping at reduced costs for families in need.

Pet wellness clinic hours are 8 a.m. to 5 p.m. during the week and 9 a.m. to 4 p.m. while supplies last on Saturdays. Pet owners interested in microchipping through the shelter can call to schedule an appointment at 281-999-3191.
SHARE THIS STORY