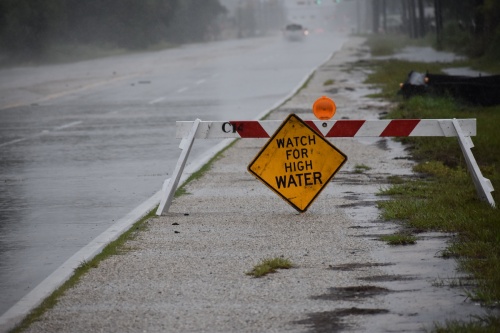 The Harris County Flood Control District announced June 18 that it enhanced its Flood Warning Systems website, allowing residents to sign up for alerts for one of more than 250 locations. Once residents sign up and put in an address, the website matches the address with a watershed.

Alerts are sent via email, text message or both when rainfall or water levels reach a defined point, according to a press statement from the HCFCD. The feature lets residents customize their water level alerts or select from predefined rainfall and water level values developed by local government officials.

The events of Hurricane Harvey demonstrated the need for automated notifications, and this enhancement is a step towards getting alerts out as quickly as possible, HCFCD’s director of hydrologic operations and meteorologist Jeff Lindner said in the statement.

"Residents can use the new alerts feature to make timely, informed decisions on how to protect themselves, their families, and property," he said.

The enhancement comes several days after three Senate bills, all aimed at mitigating flooding across Texas and disbursing funds throughout damage-stricken parts of the state, were signed into law by Gov. Greg Abbott. HCFCD officials said the bills have the potential to affect present and future flood control and disaster relief efforts, but it is unclear as of June 18 how the legislation could specifically affect HCFCD procedures.
SHARE THIS STORY