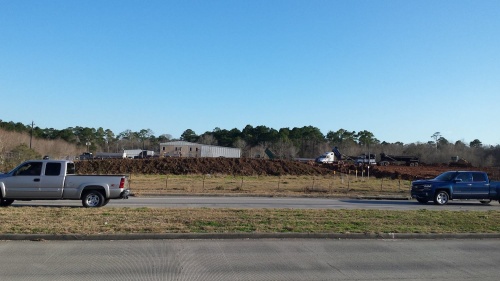 The city of Friendswood has asked the property owner who received fill dirt from a Harris County Flood Control District project to submit a new application to the city, saying that the initial permit was approved prior to the re-adoption of the 1999 FEMA flood maps, according to a letter obtained by Community Impact Newspaper.

The letter, dated June 12, informs the property owner and its consulting engineers that the new permit will need to go through the development approval process again, including being submitted for review by the flood district.

Under the 2007 Harris County flood maps, which were technically still in effect at the time of the original permit, the location would have been considered to be in a floodway. However, city staff applied the 1999 maps in its decision to approve the permit. The flood district, which also vetted the location, has said it was a mistake, but the property owner has thus far refused to allow the dirt to be removed.

The city declined to comment on the Dixie Farm Road matter, citing the threat of litigation from residents who have spoken against the development.

"It looks like the city is finally doing the right thing," said Shawn Johnson, an attorney and Friendswood resident who has been trying to get the city and the flood district to undo their decision to approve the permits that allowed the dirt to be placed. "But I'm still waiting to see if they will fine the landowners for violating the original permit."

Shawn Johnson's parents, Cheryl and Don Johnson, have each raised concerns with the city regarding the project, starting with an email to city staff in January, according to correspondence obtained from a public information request.

The property is being eyed for a potential shopping center development, and developers met with city officials in April to discuss permit requirements, city records show. On a report generated by the Development Review Committee, the site was flagged for being in a 100-year flood plain. Drainage requirements indicated on the report include on-site drainage and an engineered drainage plan.

In written comments on the report, city staff said they "stressed the importance of their need to coordinate w/ Harris County Flood Control."