New Harris County sheriff, commissioner and others sworn into office 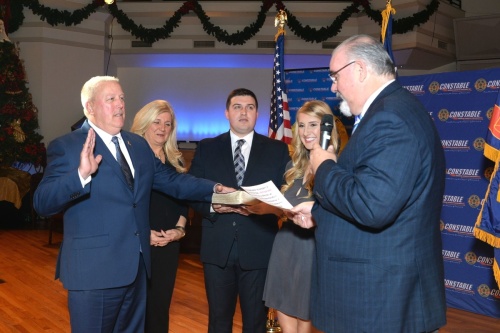 Harris County elected officials were sworn into their respective offices this week.

Also sworn in on Jan. 1 was Precinct 1 Commissioner Rodney Ellis, a former state senator. Ellis, a Democrat, ran unchallenged for the position held by Gene Locke since the death of Commissioner El Franco Lee in January 2016. Ellis received his party's nomination in June.

Cagle will swear in Judge Lincoln Goodwin as justice of the peace, Precinct 4, Place 1, at The Forum at Cypress Creek Christian Church, 6823 Cypresswood Drive, Houston, on Friday.

Harris County Judge Ed Emmett said there are three pieces of advice he gives new officials after he administers the oaths of office.

“First, I remind everyone not to let their ego get in the way,” Emmett said. “The office is not theirs, but they have the privilege of serving in it for a time."

Emmett said he also advises new officeholders to do what is right and to enjoy themselves. He added a fourth piece of advice this year, which was for people to look beyond surface differences and disagreements.