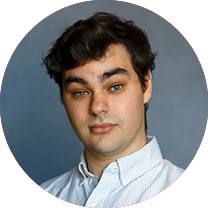 John Hu worked as an architect in the Houston area for more than 20 years. In March 2019, he made a career move, becoming a restaurateur with the opening of Hu’s Cooking in Houston’s Old Braeswood neighborhood.

“I used to work in Sugar Land, and there was a Chinese restaurant in the area, [Cooking Girl],” Hu said. “The owner and I became good friends, and I was actually helping at that restaurant.”

Hu said he scouted Cooking Girl’s Texas Medical Center location when it expanded, and he assisted in the remodeling of the building. After that, he said a friend approached him about opening his own restaurant.

“It took us two to three months to find a location, another two months to renovate it, then boom, we opened up,” Hu said.

Hu emigrated from Taiwan in the late 1980s, joining his sister in Houston. Chef Wang Yu developed the menu at Hu’s Cooking, incorporating many of the flavors core to central Chinese cuisine. The main flavors in the food come from the west China area, Hu said.

Yu, originally from China’s Sichuan province, created a menu of his own, adapting the ingredients rather than mimicking traditional dishes. Sichuan flavor is characterized by its oily and peppery taste, Hu said.

“The climate there is often wet and cold sometimes, so the flavor over there is spicy,” Hu said.

Later additions to the menu include Taiwanese-inspired cooking with a “milder” taste.

“The two most important things for the restaurant are customer service and the flavor, and the last three years have proved we did it right,” Hu said.

As patrons leave Hu’s restaurant, they often thank him and the rest of the staff for their experience.

“We were very successful the last three years because of the customers,” Hu said. “We have very loyal customers.” Hu’s Cooking