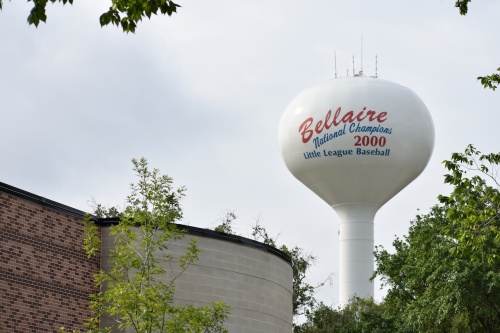 Bellaire City Council began the process of adopting its new budget for fiscal year 2020 at its Aug. 12 meeting with a workshop and public hearing, during which several residents voiced concerns over a proposed 8% property tax revenue increase.

The proposed budget would translate to an increase of about $183 more per year for the average homeowner with a homestead exemption, according to City Manager Paul Hofmann.

“Property tax revenues are a significant portion of our revenue picture, and increasingly so over the last five years,” Hofmann said.

If approved, the proposed tax revenue increase would come before Senate Bill 2 comes into effect, which states that tax increases resulting in 3.5% more revenue in small cities can be challenged by a petition calling for an election.

The new state law would present a problem for Bellaire’s budget, as about 65% of the city’s revenue comes from property tax while sales tax only accounts for about 11% and has been stagnant over the past five years.

According to fiscal forecasts generated by Bellaire city staff, a 3.5% increase would have the city’s 60-day reserve drop to negative $3.61 million by fiscal year 2024. The city’s reserve for fiscal year 2019 was about $3.47 million.

“We do have a revenue problem, and those revenues need to come from somewhere over the next few years, or we significantly reduce expenses,” Hofmann said.

During the public comment period of the meeting, several Bellaire residents expressed their disapproval over the proposed budget, with many urging the council to look for ways to cut government spending before resorting to increasing the taxes of residents, like lowering the city’s debt service and use of third party consultants for projects.

“Let’s pause these increases—we can always raise taxes in the future— and lets really spend time vetting what we’re spending money on and what these capital expenditures are,” resident Michael Jacobs said. “We want you guys to be successful, but I don’t think anything I’ve seen in this budget suggests that we have to increase taxes.”

Council Member Gus Pappas said cutting small services would not be enough to get the city out of the red in years to come and that the proposed tax increase would address less negotiable factors such as the city’s debt service for infrastructure improvements and public safety improvements.

“We can certainly look at all the various little low-hanging fruit, whether it's trash bags or this or that or the other,” Pappas said. “But at the end of the day, the big-ticket items that our citizens expect are what is driving this, and that is debt on our infrastructure and streets and drainage and providing security and safety.”

Mayor Andrew Friedberg urged Hofmann to come to the next public hearing with hypothetical cuts to city services if the proposed budget were not adopted and said the exercise could be useful in providing residents with more concrete examples of what was at stake.

The next budget workshop will be Aug. 19, while oral and written comments will continue to be accepted by the council until the final day of deliberation on Sept. 16.
SHARE THIS STORY