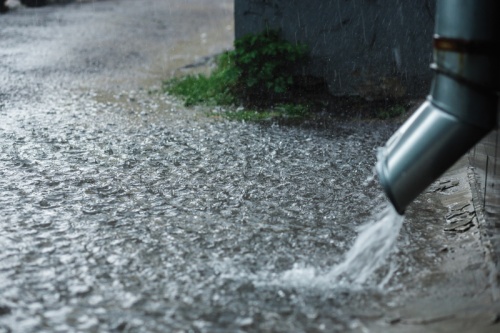 For over 10 years, Houston has been working with the EPA to negotiate the terms of a federal consent decree that would create a blueprint for how the city can address Clean Water Act violations.

For over ten years, Houston has been working with the EPA to negotiate the terms of a federal consent decree that would create a blueprint for how the city can address Clean Water Act violations, such as wastewater contamination from sewer systems that overflow during storms.

Mayor Sylvester Turner announced July 9 that the terms of the consent decree were agreed upon by the EPA, the U.S. Department of Justice, the Texas Commission of Environmental Quality and the city of Houston.

“This will allow us to ensure continued protection to the environment and human health while improving the system performance for generations to come,” Turner said. “It is good for the city of Houston.”

The consent decree outlines how the city can come into compliance with the Clean Water Act over the next 15 years, which is a more favorable situation than fighting the EPA’s allegations in court, City Attorney Ron Lewis said.

Lewis said the next step is for the decree, which calls for over $2 billion in additional investment in the overhaul of the city’s wastewater treatment system over the next 15 years, to get City Council approval July 17. It will then go before a federal judge for approval and enter a 30-day public comment period before it is enacted. An ongoing rate study will determine how much Houston water customers' rates will increase by January 2020, Lewis said.

The public input process for the terms of the decree came under public scrutiny by environmental nonprofit group Bayou City Waterkeeper for giving Houston residents little time to review the decree’s requirements before final approval.

“Unfortunately I don't think that the 30-day comment period is going to give adequate time for the public to actually review a complex and lengthy document, especially given the need for opportunities for experts to inform and let communities better understand what all these nuances and different solutions actually mean,” Bayou City Waterkeeper Director Jordan Macha said.

Lewis said the city is not legally required to make the decree available to the public before City Council’s vote June 17, and he said the public comment period required by the EPA is sufficient to gather input from residents.

While the decree is not available to the public, city officials outlined details of its requirements during a press conference and a presentation to the Houston City Council Budget and Fiscal Affairs Committee.

The decree requires the city to perform an assessment of sanitary sewer overflow issues and whether they necessitate greater drainage capacity within the system, which includes 6,000 miles of sewers and 39 treatment plants. It also requires the city to conduct a conditions assessment of the wastewater collection system every 10 years as well as a conditions assessment of wastewater treatment plants every five years. More requirements include a sewage system cleaning plan to prevent overflow issues and the implementation of over 3,000 “smart manhole covers,” which digitally monitor for potential overflow issues.

Macha said the amount of information presented to the public is not sufficient for her to form an opinion on whether fixes outlined in the decree are adequate enough to address the city’s ongoing sewage problems.