Washington Avenue braces for next wave of growth 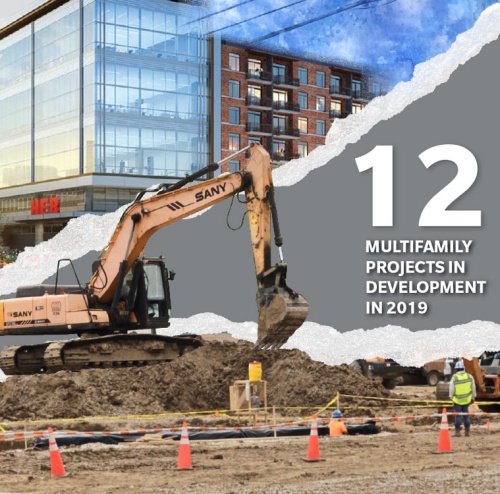 Before the early 2000s, Washington Avenue was home to a busy distribution hub—a reliable workhorse in Houston’s economy, a place where things passed through.

Today, it is an established Inner Loop destination that is attracting yet another wave of development—this one bringing over 3,500 apartment units and hundreds of thousands of square feet of retail and mixed-use developments in the next two years.

“The recognition of the area has been the biggest change,” said Jon Deal, one of a handful of developers who first reinvigorated the corridor’s east side, now home to the Arts District. “You’re starting to see some top developers looking at it now.”

Six years ago, the corridor—which on one end houses some of Houston’s oldest homes and on the other, a crop of midrise developments—was the subject of a regional study, an attempt to marshal resources and political will to catalyze development. Unfortunately, one of the key authors notes, few of its recommendations have been implemented, such as creating a management authority to oversee infrastructure, mobility and long-term sustainability.

“I wish that was not the case. Nobody really talks about this now. … But somebody needs to step up and advocate for this again,” said Keiji Asakura, one of the lead authors of the 2013 study, organized under the Houston-Galveston Area Council’s Livable Centers program.

Bounded by two bayous, downtown and Memorial Park, the Washington corridor is uniquely situated, but in 2004, when Deal was looking to buy property, it was not yet attractive for development.

“It was scary here at night,” Deal said.

Nevertheless, Deal and others saw opportunity among the abandoned warehouses and rice silos, which have now become home to perhaps the biggest arts community in the country, with 400 artists in residence.

“I fell in love with a building on Winter Street, and my intent was to save the old building,” he said. Along with developers Steve Gibson and Frank Liu, Deal said they have oversight over almost 40 contiguous acres between Sawyer and Silver streets and have been able to manage its growth closely.

“It’s been organic up to this point. Nobody’s manipulated it or forced it or redirected it, we’ve just been taking steps forward as opportunities come,” Deal said. “We have a shared vision; we’ve done some master planning.”

The Old Sixth Ward tax increment reinvestment zone, on the eastern edge of Washington adjacent to the Arts District, has also been able to manage growth and hold onto its heritage.

“Historic preservation is built into our zone,” said Claude Anello, chair of the Sixth Ward TIRZ, which was created in 1998 after a citizen-led petition. The entity allows for growth in property tax values to fund projects within the zone, which is limited to one portion of the  corridor. “We’re able to shape how things develop here, how we protect our character but also make key improvements.”

While the east side of Washington has had some coordinated growth, development is moving west at a rapid clip.

Twelve multifamily developments are coming to the corridor in the next year to two years, according to projections by ApartmentData.com, slated to bring over 3,500 additional units of housing to the more than 10,000 units already in the area.

“There are a lot of deals coming into the area, and rightly so. It needs a lot of housing, and so this is part of the equation to deliver that. People want to live in these cool places,” said Bruce McClenny, president of ApartmentData.com.

Driving part of the interest, aside from emerging destinations like the Arts District and more retail options, is that developers can pick up larger tracts of former warehouse space and turn them into significant projects.

“They just need to find parcels of land that won’t blow the deal on costs but will give them enough units to make it profitable,” McClenny said.

This level of investment is not new, but rather the latest in a series of waves that have transformed Washington, said Gibson, who bought his first property in the area in 1999.

“It’s been evolving, a progression that started in the west, out near Memorial. It started out as a wave of townhomes. … Now it’s moving in from all sides,” Gibson said.

On top of residential, two mixed-use projects are expected to create new destinations: Buffalo Heights, which will boast a 96,000-square-foot H-E-B and 37,000 square feet of office space, and Lower Heights, a 20-acre site slated to hold big-box retail, office space and a walkable environment.

However, some of these projects will be disconnected islands until mobility projects, such as sidewalks and bike paths, connect them, Deal said.

“It’s going to take some infill development to make this area even more walkable,” Deal said. Parking is another issue; Deal foresees a Sawyer garage in the near future.

Ahead of the latest projects, the corridor is showing signs of strain.

“Congestion is one of the things we’re worried about. Sawyer [Street] is a disaster. All these developments are going to create gridlock,” Deal said. Others pointed out that  Westcott Street, a route to I-10, has become a problem as well.

“It’s a mess at rush hour,” said Stacie Fairchild, communications director for Super Neighborhood 22, which represents the corridor. “And the roundabout is a nightmare for pedestrians.”

Between Studemont Street and Shepherd Drive, Washington is home to a smattering of bars and restaurants—in 2009, The New York Times billed it a “party corridor”—a source of frustration for residents.

He and other residents have protested some new bars, filing complaints with the Texas Alcohol and Beverage Commission. This got the attention of owners, who pledged to provide additional security, George said.

Bars are an “interim use” that will eventually turn into tear-downs, Gibson said, but the issues facing Washington were predictable. In fact, he said, he raised concerns in the mid-2000s when then-Mayor Bill White asked him to survey the area.

“The thing that was so starkly obvious to me back then was you had an influx of people, a wave of development had started, and it was not going to stop,” he said. “And city infrastructure was horrible and was going to be completely overpowered by it.”

The larger 2013 study was hoped to foster sustainable development, he said. Peter Brown, a former City Council member and advocate for the area, led efforts to organize the corridor.

“We thought we could get out in front of it and make Washington a great street. We had some great ideas, some pilot projects,” Gibson said. “Then Bill White wasn’t mayor anymore. … Then Peter Brown died.”

Asakura, whose firm, Asakura Robinson, managed the H-GAC study from its office on Washington, said the corridor has not had a champion since.

“No one has really stepped into that role,” Asakura said.

With few advocates behind it, the 2013 study has not delivered much, he said.

A parking-management district was created, which has generated almost $125,000 for projects, of which about $18,000 has been used, including for a security service pilot program on weekend evenings, according to city documents. But the group has not had a quorum since October.

“They are not just having officers drive up and down Washington,” she said.

For George, who lived in Rice Military for almost five years, news of one more bar coming in was one too many, and lack of improving infrastructure and public safety improvements made him unsure about the future of Washington. He and his wife relocated in mid-April.

“We liked the area. We loved being able to walk to a nice restaurant, you know,” George said. “The development and growth is welcome change—as long as you can control it.”