Unofficial results: Roberts and Crenshaw in line for runoff in race for Texas' 2nd Congressional District 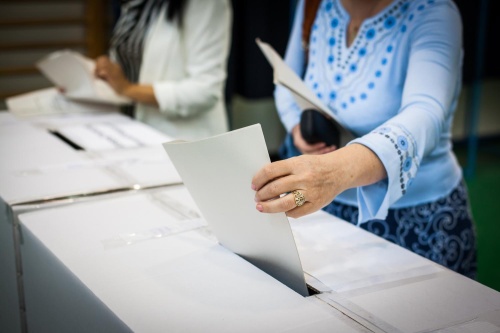 With all precincts reporting, State Rep. Kevin Roberts and retired Navy SEAL Dan Crenshaw are in line to compete in a runoff election for the Republican primary race for Texas' 2nd Congressional District.

Unofficial results show Crenshaw barely edging out third place finisher Kathaleen Wall with 12,644 votes to Wall's 12,499, a difference of 145 votes. Roberts earned the most votes with 33.02 percent, with Crenshaw coming in at 27.4 percent and Wall at 27.09 percent.

If no candidate secures more than 50 percent of the vote, the two candidates with the most votes will move on to a runoff election in May.

Crenshaw trailed Wall 7,024 votes to 5,238 votes after early voting, but managed to gain 1,968 votes on her over the course of Election Day.

The remaining candidates in the nine-person race finished with the following vote totals:

With early voting results in, State Rep. Kevin Roberts is leading the field of nine Republicans in the primary race for Texas' 2nd Congressional District with 37.95 percent of the vote.

Entrepreneur Kathaleen Wall and retired Navy SEAL Dan Crenshaw are following Roberts with 27.91 percent and 20.8 percent of the vote, respectively. The remaining candidates have the following vote totals after early voting:


A total of 25,666 Republicans cast early and absentee ballots in the primary election compared to 16,454 in 2014 primaries.

Texas's 2nd Congressional district is located entirely within Harris County and covers parts of Cy-Fair, Spring, Klein, Lake Houston and Katy. Incumbent Ted Poe announced he would not be running for re-election, and nine Republicans and five Democrats are vying to replace him.