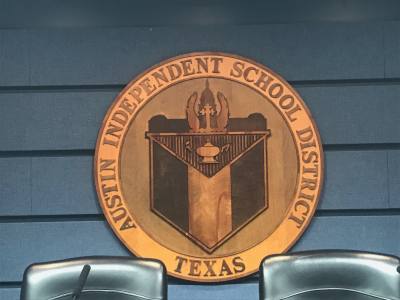 Austin ISD trustees received a presentation May 6 about potential salary increases for district teachers and staff.

Austin ISD and Education Austin, the district's teachers' and employees' union, continue to negotiate compensation and raises for the upcoming district budget. While school funding is still being discussed by the 86th Texas Legislature, including the possibility for $5,000 raises to teachers across the state, the district is evaluating its future budget as if no funding changes will occur at the state level.

“[In] our budget 87% is salaries, so obviously this is a big topic,” Superintendent Paul Cruz said at a board workshop May 6. “We’re a school district and what makes us great is our people.”

Chief Human Capital Officer Fernando Medina presented options at the workshop the district is considering for raises. He said when looking at employee compensation, the district considers salary and insurance as a package. He said insurance is a big selling point for potential employees as are other benefits the district provides through policies.

A 1% raise for district staff across the board would add about $5.79 million to the 2019-20 budget, while a 5% raise would cost about $28.95 million, according to district projections. Options are still being negotiated, but proposals show the district is considering a 1%-2% raise.

Medina said the following are some of the talking points from recent conversations with Education Austin. AISD trustees will be presented a final budget for approval in June.

Comparing area salaries
For the 2018-19 school year, starting salaries for AISD teachers were $47,713, second-highest in the Austin area behind only San Marcos CISD with $48,500, according to the district.

Although not all districts have announced a proposed increase, projected 2019-20 AISD starting salaries would be $48,667 with a raise between 1% and 2%. Lake Travis, Del Valle and Pflugerville ISDs as well as Hays CISD are proposing raises of 3% but would still be below AISD's salary number. Leander and Eanes ISDs are proposing 2% increases, according to AISD documents.

Bilingual stipends
Medina said the district has about 1,000 bilingual teachers who qualify for a stipend, and the district’s current stipend is $2,500, below other districts in the area. The district and Education Austin are in agreement that it is something related to compensation that has to be addressed, he said.

“It’s shameful to say our competing districts are recruiting our bilingual teachers today very aggressively,” Medina said. “Our bilingual stipend is $2,500 where our competitors are $4,500 to $5,000. We will lose teachers.”

Substitute teachers
A challenge for the district is finding substitutes who are interested in traveling across the district to work.

“While it may be an issue of pay, it’s also an issue of traveling clear across our district at a very low rate of pay,” Medina said. “We are being creative, and we’re hoping to bring to the board a consultation agreement that will solve that issue. That’s still being ironed out, but I’m very hopeful we will reach an agreement.”