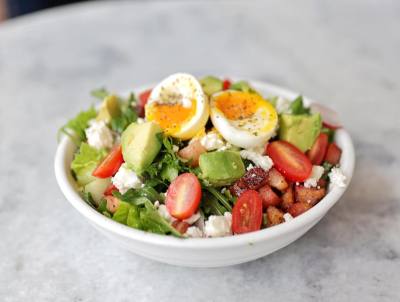 Looking for a new place to try out in Central Austin? These 11 locations recently opened in the area.

Halal Wings
Halal Wings, a fried chicken restaurant, opened in mid-February at 1200 Barbara Jordan Blvd., Ste. 340, Austin, according to its Facebook page. It is owned by the same team behind next-door spot Halal Corner and Mediterranean restaurant Kismet Cafe in the Hancock Center. 737-300-1000. www.halalwing.com

Taco Flats
Zocalo Cafe, at 1110 W. Lynn St., Austin, closed March 29 and reopened as a Taco Flats on April 1. Zocalo Cafe owners Chris Courtney, Kelly Chappell and Jay Bunda sold the spot to Simon Madera of Taco Flats. In a Facebook post, Zocalo Cafe’s owners said they will focus on the expansion of their other restaurants, Galaxy Cafe and Top Notch Hamburgers. 512-472-8226.

The Front Page
The Front Page, a restaurant and bar, opened in the Springdale General development at 1023 Springdale Road, Bldg. 1, Ste. F, Austin, in March. Brothers Shafer and Dick Hall, along with Andrew Porter and Ben Fordham, own the restaurant. Its menu includes bruschetta, house pickles, salads and sandwiches. www.thefrontpage.pub

Stagger Lee
Stagger Lee, a new bar, opened March 1 at 87 Rainey St., Austin, in the space previously occupied by restaurant No Va. It is owned by locals Matt Luckie, Max Moreland and Mike Joyce—who have been involved in opening spots such as Lala’s Little Nugget and Star Bar. 512-220-9007.

The project's proposed height of 93 feet has become a point of controversy among residents of nearby neighborhoods as the PUD's rezoning case has moved forward this spring.

Mayawell's pop-up will serve as a hybrid cafe, wellness shop and community space through the summer.