New 55-plus community Chambers Creek Ranch to debut in Willis 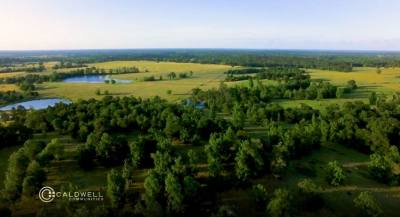 Developer Caldwell Communities will debut its new master-planned development, Chambers Creek Ranch, in 2020 in Willis. The 55-plus community will feature more than 3,000 homes upon build out.

Caldwell Communities announced in a March 5 news release that its newest 55-plus community, Chambers Creek Ranch, will debut in Willis in 2020.

Located on 1,200 acres northwest of the intersection of I-45 and FM 1097 between Longstreet Road and Calvary Road in Willis, Chambers Creek Ranch will feature more than 3,000 homes upon build-out—making it the largest active-adult community in the Greater Houston area.

Caldwell Communities is also responsible for three other active-adult communities, such as Del Webb Sweetgrass in Richmond and The Heritage at Towne Lake and Rock Creek in Cypress, according to the release.

“The community has been designed based on the very best active adult communities across the country. The rolling hills, incredible views, and direct access to Lake Conroe will provide an unprecedented lifestyle for residents," Caldwell Companies President and CEO Fred Caldwell said via email. "This is the most beautiful land we’ve ever developed and we’re very excited about Chambers Creek Ranch.”

Chambers Creek Ranch will feature various amenities, including a wellness and fitness center, a resident clubhouse, a golf course, and hike and bike trails, according to the release. Home prices in the community will vary from the $200,000s to more than $1 million.

Development on the master-planned community broke ground in late 2018, and it will take approximately 12-15 years to build out, Caldwell said.

For more information on the community or to sign up for the waitlist, visit www.chamberscreekranch.com.

'There’s always going to be another emergency or another disaster:' Lone Star College begins process to add fourth bachelor's program