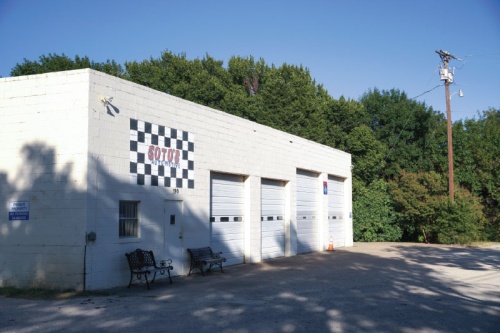 Sotou2019s Automotive owner Tony Soto said he plans to continue his business operations elsewhere if his business is displaced by the Silver Line construction.

A longtime Coppell-based auto shop may be displaced because of its location along a future North Texas passenger rail line.

Soto’s Automotive is located along the planned path of Dallas Area Rapid Transit’s Silver Line project, which will provide east-west connectivity from Plano to the Dallas/Fort Worth International Airport once complete in 2022. DART plans to acquire the land the auto shop sits on for the 26-mile rail line, according to the transit agency.

The DART board of directors signaled early approval to allow the agency to acquire the parcels using eminent domain, if necessary. A DART committee vote was taken Oct. 8, so the resolution will still need final board approval at a future meeting.

Tony Soto, owner of Soto’s Automotive, said he plans to continue his business operations elsewhere if DART acquires his property on Southwestern Boulevard.

“I’ve been working for a good while now, so when this sale finally happens, yeah, I would like to take a few months off,” he said. “But no, I’m still not ready to retire, and I wasn’t planning on [stopping] working anytime soon.”

Soto said DART representatives have already inspected and appraised the land they intend to acquire, which comprises two parcels.

Those parcels are just two of 65 the agency is working to acquire for the entirety of the Silver Line project, said Tim McKay, DART’s executive vice president of growth and regional development.

After appraising the parcels, the agency would first make an offer to the property owner. If the owner chooses not to sell, DART could then secure the parcels through eminent domain, McKay said.

Eminent domain is a legal process through which property owners are required to sell their land at a fair-market value for public projects, such as the construction of new roadways or oil and gas pipelines.

DART would need approval from each respective city council to exercise eminent domain in any future cases, McKay said. The agency would then need to clear a second round of approval from the Dallas County Commissioners Court. If the cities turn down the eminent domain requests, DART could attempt to design the Silver Line around the property in question, he said.

The agency held a groundbreaking ceremony for the Silver Line on Sept. 19.
SHARE THIS STORY