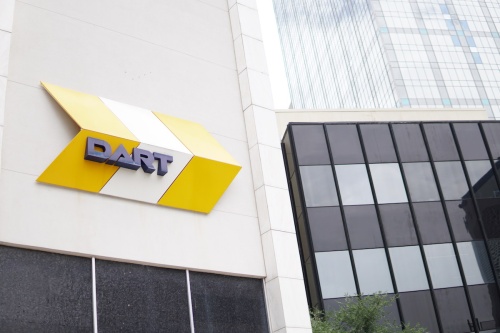 Plans for a rail station at Coit Road for the future east-west running Cotton Belt line remain unclear after the Dallas Area Rapid Transit board of directors postponed deciding on a service plan for the passenger rail line until their Aug. 28 meeting.

At their meeting Tuesday, DART board members were slated to receive a staff-prepared presentation on the Cotton Belt service plan, but a subsequent meeting cut their time short and they did not receive the presentation.

“I’m just going to say to Dallas it is essential and critical within their city limit that we delete Coit [Road station] and we delete Preston [Road station],” said Sue Bauman, the DART board chair and a Dallas appointee, prior to adjourning for their next meeting.

The DART board of directors also agreed to the terms and entered into an interlocal agreement with the city of Plano. The agreement was approved by the Plano City Council at their meeting Monday.

According to the agreement, the city would establish a new tax increment financing, or TIF, zone to dedicate up to $12.3 million to the project—although the TIF itself would need to be approved in a future council vote.

The board also signaled their continued support for both the Cotton Belt rail project and a downtown Dallas subway after it approved debt resolutions for the projects. The board approved similar resolutions in September 2017, but were required to consider them again because they did not access the funds within a year’s time, a DART spokesperson confirmed.