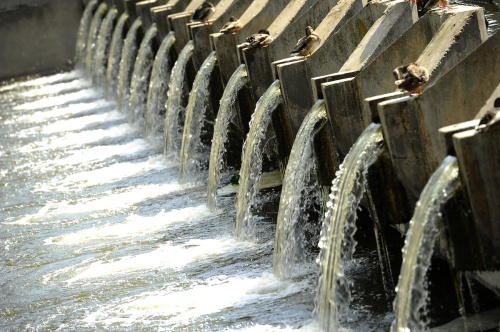 Update, 2 p.m. Aug. 25: This story has been updated from its print edition to reflect the most recent project financing recommendation from the city budget department, which Community Impact Newspaper was made aware of after its print deadline.


Rising water bills have become a familiar part of life for Plano residents—and thats not likely to change in the coming years, city officials say.

Plano City Council members are weighing proposed water rates for the upcoming fiscal year that could see a typical residential bill rise by between 6 percent and 10 percent as the city upgrades its water-related infrastructure and as water supplier costs continue their long-term upward trend.

The principal driver of water rate increases in Plano is the North Texas Municipal Water District, whose charges account for about two-thirds of the city’s water and sewer costs, according to Vice President Dan Jackson of Willdan Financial Services, a consulting firm the city employs to analyze its water and sewer rates.

“The American Waterworks Association projects that the cost of water and sewer service in America will triple in the next 15 years,” Jackson said at the July 26 meeting of the Plano council. “So the question becomes not so much, ‘Are rates going to go up?’ but, ‘How do we manage our costs in a way that minimizes the impact on our ratepayers?’”

The water district plans to raise the rates it charges its member cities, including Plano, by 10 percent each year through the fiscal year ending in 2020, all but guaranteeing the city will have to follow suit by raising residential water bills.

Plano has joined Garland, Mesquite and Richardson to file a request with the Public Utility Commission of Texas to review their contract with the water district. The contract requires member cities to pay for a fixed minimum amount of water based on their year of highest use in 2001, even though Plano residents have used less than that total every year since.

“You do have the increasing costs from our water supplier,” Plano budget analyst Matt Yager said. “But it’s also just the general costs of rising construction, generally. North Texas has been a booming construction market. A lot of the costs with water and sewer projects is actually digging up and reburying the pipe just to get access to do what you need to do there.”

In addition to routine replacements and repairs of water pipes and other infrastructure, the city is also considering a major project to replace its aging water meter system.

Over the next three or four years, the city plans to spend $25 million to replace its water meters. Half of that money would be spent next fiscal year under the city’s working budget proposal.

The proposal has officials deliberating between two funding approaches for the improvements, each with its own effect on residential water bills.

Water rate scenarios
As the city water system’s biggest capital priorities shift from installing commercial sewer lines to maintaining and replacing the existing residential and commercial infrastructure, expenses will remain intensive over the next three years.

Last year, the city spent $33 million on upgrading and building out sewer infrastructure throughout the city—with a particular focus on preparing for the opening of some of the city’s largest office and commercial projects. The city spent an additional $14 million last year on other water-related capital projects not tied to the sewer system.

“We did have to issue [debt] last year due to all the new development going on in the Legacy West area,” city budget director Karen Rhodes-Whitley said. “We had some high-dollar projects over there.”

The city faces similar financial questions this year, she said, as its staff weighs how to pay for roughly $34 million in water and sewer improvements under the city’s community investment program.

The budget department recommended financing options to the city council during its Aug. 19 work session. The recommendation is to issue short-term debt to fund the capital projects, which include $12.5 million to replace water meters, and to pay for the project costs using normal budgetary methods, resulting in higher residential water rates.

The council will ultimately decide which approach to take in the coming weeks as part of its budgetary approval process.

Causes of capital costs
Still, while the city considers various financing options for their own part of the water bill equation, city officials are resigned to the fact that most of Plano’s water-related costs are tied to the North Texas Municipal Water District and its rising rates.

The regional water supplier plans to increase rates for the foreseeable future, with current projections showing rates are expected to be 60 percent higher by 2026.

The causes of water supplier rate increases are similar to causes cities grapple with, water district spokesperson Amber Freeland said in an email. Chief among these causes, she said, are the water district’s aging infrastructure; new projects like the $120 million Trinity River Main Stem Pump Station and Pipeline southeast of Dallas; and the water district’s compliance increasing regulatory requirements.

Of the district’s rate in the most recent fiscal year—$2.53 charged per 1,000 gallons—roughly 84 percent covered fixed costs, such as infrastructure projects and debt service, Freeland said. The rest covered costs that are considered variable, such as chemicals used to treat the water.

Although some of the water district’s largest projects, like the $120 million Trinity River Main Stem Pump Station and Pipeline southeast of Dallas, are well outside of the Plano part of the system, Freeland said a series of projects in McKinney, Frisco and other parts of Collin County will benefit residents in the surrounding areas directly.

The city’s share
To understand the city’s side of the water rate equation, Yager said, residents need to look to the population boom of the 1970s and 1980s, when residents flocked to the city and a series of prominent corporations brought their headquarters there.

During that time, the city built much of its residential infrastructure, from roads and public buildings to parks and water lines. Today, these city investments have aged and require continued capital investment, Yager said.

“In the ’90s and 2000s, there wasn’t a whole lot of replacement [and] maintenance that needed to [happen], because you had the majority of the water and sewer utility in the first half of its usable life span,” Yager said, adding some of those projects can no longer be delayed. Plano is not the only city facing similar circumstances with an aging water system.

Nationwide, municipalities are having to decide whether to delay investments or proactively improve their water and sewer system infrastructure, said Jackson, the consulting firm executive.

“It costs a lot of money to build a water and sewer system,” Jackson said. “It costs hundreds of millions of dollars to lay all those lines and to build those towers and to pump that water to its source, and like any asset, they wear out over time. Citizens expect their service to be at a certain level.”

The water meter project is an example of the city trying to be proactive in its capital investments, Yager said. Most of the city’s water meters function properly, he said, but are nearing the end of their expected span of usefulness.

By replacing the city’s entire water meter system in one four-year program instead of repairing and replacing individual meters as they fail, the city expects to save money in the long run, Yager said.

This approach of proactively replacing water and sewer infrastructure before it reaches its breaking point also informs various other pipeline projects throughout the city.

“The other alternative you could do would be to take more of a response type of approach,” Yager said. “Instead of replacing large stretches of pipe, you’re kind of making one-off repairs, hoping those repairs will last another five, 10 [or] 15 years.”