Voters are encouraged to keep a 6-foot distance from one another, causing lines to stretch farther than they typically would with the same amount of people. (Makenzie Plusnick/Community Impact Newspaper)

A surge in voter turnout has officials scrambling to administer an election that looks drastically different from those of years past.

Polls opened for early voting Oct. 13. Already, officials have seen thousands of voters to descend on Richardson City Hall, the city’s early voting location for Dallas County residents. This has resulted in lines that last anywhere from 90 minutes to 4 hours.

Increased turnout is just one factor driving the increase in wait times at the polls. Completing a ballot takes longer due to an increased number of races, the elimination of straight-party voting and new sanitation protocols, Magner said.

State and local leaders have taken steps to try and minimize the inconveniences posed by the pandemic. Earlier this summer, Gov. Greg Abbott announced that early voting would be extended by six days. Collin and Dallas counties have both increased the size and number of polling locations and are allowing residents who are physically disabled or have compromised immune systems to vote curbside.
RELATED STORIES

• Everything Richardson voters need to know ahead of the first day of early voting Oct. 13

“This election is a lot different from anything [we’ve seen], and there are really no written rules to follow,” Dallas County Elections Administrator Toni Pippins-Poole said. “You just have to play it by ear and take it one day at a time.”

Despite these allowances, some party leaders believe not enough has been done to encourage participation in the November election. In Texas, only certain voters are eligible to vote by mail. Texas is also one of only six states where having COVID-19 is not an acceptable reason to vote absentee, said Ellen Steger, president of League of Women Voters Richardson.

“Mail-in voting for everybody really would have been the smart way to do all of this,” said Joel Montfort, founder and president of Richardson Area Democrats.

In-person voters are advised to come prepared with who they plan to vote for, to vote during off-peak hours and, above all, to give the process some grace.

“Everyone is just going to have to be patient and take a breath because it’s not elections as usual,” Pippins-Poole said. “It’s not going to be that way.”

The effect of the pandemic on the election cannot be understated, Pippins-Poole said. Logistical challenges associated with social distancing and sanitation are driving up costs and forcing officials to rethink the layout of the typical polling location.

“That’s about a 40% increase of what it normally would cost,” she said.

The county has had some help shouldering those costs. In late September, the elections department was awarded a $15 million grant from the Center for Tech and Civic Life to assist with the resources and staffing needed to prepare, according to a news release.

Nationwide, experts estimate it will cost about $4 billion to administer the election; yet, Congress had allocated only $400 million as of September, according to the center.

“We’re going to set a record in [turnout] just because we have so many more registered voters,” he said.

The pandemic has also driven a greater number of voters to apply to vote by mail. On Day 1 of early voting, Dallas County received about 27,000 mail-in ballots, which is significantly more than those received on the same day in 2016, County Judge Clay Jenkins said in an Oct. 13 tweet.

Neal Katz, executive director of the Collin County Republican Party and chair for the Collin County Ballot Board, has spent time ahead of the election reassuring voters that their mail-in ballots will still count. The typical rejection rate in the county has been one ballot per 1,000 cast in years past, he said.

“It’s not that much,” he said. “Our aim is to make sure every vote counts if it’s done correctly and fairly.”

Debunking falsehoods around the alleged insecurity of mail-in voting is also one of the objectives of the League of Women Voters Richardson.

“I believe that’s one of the biggest things we can do right now is try to provide factual information,” Steger said.

The lead-up to the election also looked different this year. Instead of knocking on doors and talking to voters in person, volunteers with the Collin County Democratic Party turned to making phone calls and texting, Chair Mike Rawlins said.

“[In-person campaigning] kind of goes contrary to taking the pandemic seriously and is not the kind of behavior that they want people to engage in,” Rawlins said.

Despite the surge in mail-in voters, Rawlins said he believes that eagerness to participate in what voters deem a historic election will likely outweigh concerns around the coronavirus. Dallas County reported more than 118,000 voters casting ballots Oct. 13-14, which is up more than 5% from the first two days of early voting in the 2016 presidential election.

“My guess is that if this were a normal year, the pandemic would probably depress turnout. But it is not a normal year,” he said.

The Collin County Republican Party is also confident that voters will head to the polls despite the pandemic.

In-person voters should plan for longer lines, not just due to social distancing but also because of the elimination of straight-party voting, which Pippins-Poole said could increase the average time spent in the voting booth from two minutes to 15 minutes.

Dallas and Collin counties both allow voters to cast ballots at any county polling location during early voting and on Election Day. Voters can check the estimated wait time at each location by visiting their respective county’s website.

These services are only effective if poll workers have the bandwidth to provide them. Dallas County has seen a major decline in volunteers over age 65, a group that normally makes up about 40% of the total, Pippins-Poole said. As of mid-September, the county had enrolled 5,000 poll workers. Its goal was to sign up 6,500.

Montfort said he feels confident that the recent decline in COVID-19 cases will encourage people not only to volunteer but also to feel more comfortable turning out in person.

“The fear of the unknown with COVID has somewhat subsided,” he said. “I can only hope that by November, the numbers are low enough that people feel secure about going in and voting.”

Case counts at schools and long-term care facilities have spiked over the past few weeks. 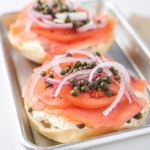