An outdoor motorcycle safety training facility will be forced to shutter in Richardson after City Council voted Feb. 24 to deny a special permit for the business.

Motorcycle Training Center, or MTC, has been operating in the parking lot behind the Lowe’s Home Improvement Center at 501 S. Plano Road for more than 10 years, according to owner Chris Liftin. The purpose of the business is to teach safe and responsible riding techniques, he said.

Code enforcement officers became aware of the operation only after noticing traffic cones set up in the parking lot, according to city documents. This was not an approved use for the site, prompting the requirement for a special permit.

If approved, the business would have been allowed to continue holding two courses per week between March and October. Each session was five hours long and began as early as 7 a.m., according to Liftin.

Finding suitable locations for riding lessons is something Liftin spends a lot of time on, he said. Most parking lots are used for their intended purpose or do not remain vacant for very long, he added.
RELATED STORIES

UPDATED: See what restaurants in Richardson are offering to stay open during the coronavirus outbreak 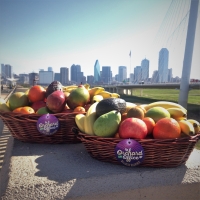 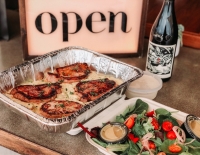 This particular lot is located on the former site of the Richardson Square Mall, which was demolished over a decade ago. The 95-acre area is now an outdoor retail center called Richardson Square, but much of the parking remains unused.

“It’s very rare to find an opportunity like this where it’s an underutilized parking lot,” he said.

At a Richardson City Planning Commission meeting in December, eight nearby residents turned out to oppose the permit. Noise was cited as a concern; however, Development Director Michael Spicer said he was unable to say for sure whether MTC had ever received a noise complaint.

Two former students and an MTC riding instructor spoke in favor of the permit at the council meeting. None of the speakers were Richardson residents.

Council Members Bob Dubey and Ken Hutchenrider said they were disheartened by the lack of support from nearby homeowners associations. Dubey said he knew of two HOAs that opposed the permit.

“I struggle with this, because none of the ‘fors’ live in Richardson,” he said. “I haven’t had any [HOAs] say ‘let’s keep it.’”

But the business had no record of complaints, which was enough to convince Council Member Janet DePuy to support the operation.

“I think they are doing more good than harm,” she said.

Richardson ISD trustees vote to postpone May election to November

The decision comes as school districts and municipalities across Texas delay elections due to coronavirus concerns.

Here are 4 ways Richardson residents can curb stress, anxiety brought on by fear of coronavirus

Area businesses and organizations are providing free or low-charge services to help residents cope with the crisis.

The business is currently offering takeout and curbside delivery as well as online ordering. 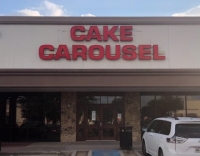