contribute today
Chef Chin’s Hibachi & Ramen opened Feb. 18 at Legacy Hall, 7800 Windrose Ave., Plano. The hibachi and ramen kitchen serves food that is unique to both Japanese traditions in a fast-casual setting, according to a press release Feb. 11. The restaurant is the second concept by chef Chin Liang, creator of Horu Sushi Kitchen at Legacy Hall. Liang began as a hibachi chef, according to the release, and later became an executive ramen chef at Aijseen Ramen. “I want to show people that hibachi and ramen can be just as thoughtful and delicious in a casual setting,” Liang said in the release. “Everything we serve will be fresh, top quality, and sourced from the best markets around the world. Our ramen broth base will take 24 hours to prepare, and even our miso soup will be homemade. There is going to be a great attention to detail in everything we serve.” The restaurant stall offers hibachi, hibachi fried rice, stir-fry yakisoba noodles, ramen, sides and desserts. 972-846-4255. www.legacyfoodhall.com
RELATED STORIES 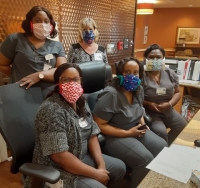 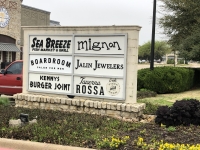 Latest in Plano: Plano ISD extends school closures through May 1