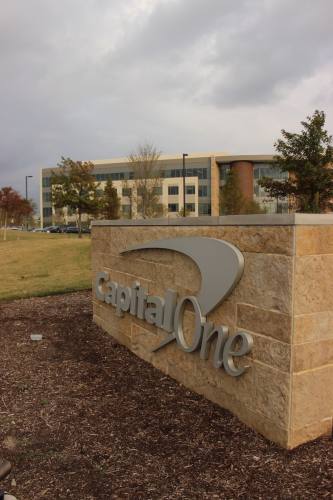 The Capital One campus off Preston Road is home to many of the companyu2019s auto finance employees. More than 5,000 company employees are expected to remain at the campus.

Capital One has laid off roughly 1,000 employees in Plano as the company plans to close a call center and pull out of the home mortgage origination and home equity business.

A spokesperson for the Virginia- based banking company on Nov. 13 confirmed that Capital One planned to lay off about 950 employees from its extensive office campus southwest of the intersection of Rasor Boulevard and Preston Road.

“Home lending is a complex and highly competitive business,” the Capital One spokesperson, who declined to be named, said in a written statement. “It is a crowded field with multiple players, and borrowers have a broad range of options. We’re in a structurally disadvantaged position, given the challenging rate environment. We’re not in a position to be both competitive and profitable.”

The company said it will continue to service its existing and pending home loans but will not issue new ones moving forward.

The call center, also due for closure, will continue to serve customers from its Plano site through the early summer.

Call volume has declined for years as Capital One customers have made increased use of web and mobile banking, the company said.

Meanwhile, the company will continue to maintain a substantial presence at its office campus in the Legacy business area.

“More than 5,000 associates will remain on the Plano campus,” the statement reads. “The majority of these associates are part of our auto finance business, while others are dedicated to supporting our credit card, small business bank, commercial bank and retail bank businesses.”

The spokesperson said the company will provide 60 days notice before terminating employment and that laid-off employees are eligible for rehire.