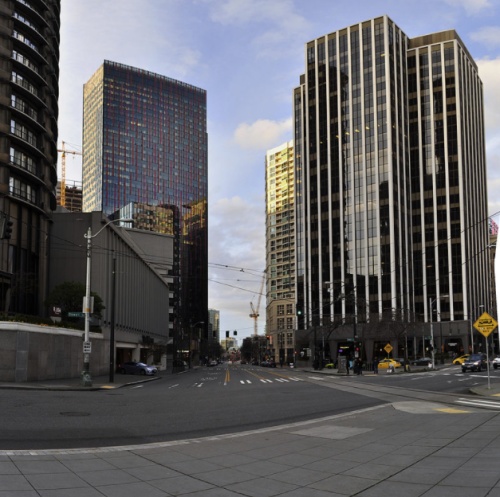 Amazon's HQ Tower in Seattle (left center). The view is looking north on Westlake Ave. from McGraw Square. This WikiCommons image is stitched from two photos.

Amazon Inc. has chosen New York City and Arlington, Virginia, to accommodate its second headquarters, ending the efforts of Dallas-Fort Worth area cities—including Plano—that had hopes of attracting the tech giant.

Amazon will invest $5 billion and create more than 50,000 jobs across both east-coast cities, according to a Tuesday news release from the company. Amazon also announced it will establish a business operations center in Nashville, Tennessee, which will result in more than 5,000 jobs.

Plano was among the cities that sought to house Amazon’s new headquarters.

“Plano is delighted to have participated in Amazon’s highly competitive site selection process,” city spokesperson Steve Stoler said in a statement. “Our community will ultimately benefit from the work performed to assemble potential Plano sites as we market this city to prospective companies. The identification of large development opportunities will allow Plano to continue building its global business community."

Dale Petroskey, CEO and President of the Dallas Regional Chamber, made a statement in response to Amazon’s announcement, affirming the DFW metro as an attractive market for companies. Since September 2017, 40 corporations have presented plans for relocations and expansions in the DFW region, including Paycom, Peloton and Smoothie King.

“Make no mistake, this has been a ‘win’ for our region regardless of the outcome,” Petroskey said in the statement. “Our business community grows and expands by the day, and our momentum as a destination of choice has only increased as a result of being a finalist for HQ2.”