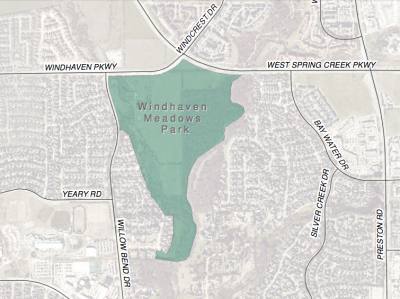 The city and Liberty Mutual will partner to build an all-abilities playground at Windhaven Meadows Park.

The city of Plano has approved an agreement with Liberty Mutual to build a playground at the future Windhaven Meadows Park that would cater to children with disabilities.

Liberty Mutual has agreed to contribute $1 million toward the design and construction of the playground, which will be named “The Liberty Playground” according to the agreement approved Tuesday by Plano City Council.

The city plans to cover the remainder of the costs for the project, which is expected to cost roughly $2 million.

The company first announced its contribution in late November at a ribbon cutting for its prominent office building in the city’s Legacy West development.

The council on Tuesday also approved a $2.3 million expenditure to construct a hike-and-bike trail that would connect the future 12th Street light-rail station and the CityLine station of Dallas Area Rapid Transit.

Correction: This story has been updated to correct the day of the week on which the council approved the playground agreement and trail expenditure.
SHARE THIS STORY