Although opioid prescription rates are in decline, opioid overdose death rates in the United States and portions of North Texas have increased. Experts cite the lack of education about opioids, as well as the rise in prevalence of illicit opioids, such as heroin and fentanyl, as a possible reason for the uptick in deaths.

It could begin with a prescription for a sports injury or a way to escape the pain of an unresolved childhood trauma. Whichever way someone becomes addicted to opioids, addictions have led to an increase in overdose deaths nationally and locally.

Between 2014 and 2015, Collin County saw a 20 percent increase in opioid related overdose deaths for a total of 24 deaths, according to the Texas Department of State Health Services.

Nationally, opioid overdose deaths killed about 42,000 people in 2016 and increased across all demographic groups in the United States regardless of gender, age, race and socioeconomic status, according to the Centers for Disease Control and Prevention.

Collin County’s opioid-related death rates are some of the lowest in the area. Still, substance abuse prevention officials said work needs to be done to address addictions and prevent more deaths.

According to the National Institute on Drug Abuse, the opioid crisis began in the 1990s when pharmaceutical companies reassured the medical community that prescription opioid pain relievers were not addictive. As a result, health care providers began prescribing opioids at greater rates which was followed by widespread misuse and abuse of the drugs.

“No one wakes up and says, ‘Today, I want to become a heroin addict,” Solari said. “It’s a progression of starting with prescription drugs, marijuana, alcohol and then it just [progresses] to the harder drugs.”

“We’re definitely seeing the heroin,” Mahan said. “It frequently starts with the prescription pain killers, and then that becomes too expensive. … Heroin is very cheap.”

Jana Jansson, Collin County Substance Use Prevention Coalition director, said a lack of education on the issue could be contributing to the ongoing rise in opioid addictions.

The coalition is one of the local entities seeking to change that, Jansson said. The Collin County Substance Use Prevention Coalition brings community partners together from different industries to find ways to disseminate information and advocate for policies that prevent substance abuse.

Those wanting to overcome an opioid addiction often turn to treatment facilities for help, but Jansson said there are not enough facilities in Collin County.

“Often times you can call multiple facilities before finding an available bed,” Jansson said. “This can certainly delay the treatment process and getting the help that is needed for all ages.”

Though overdose deaths are up, opioid prescriptions are declining nationally and locally, according to the CDC.

The CDC reports that Collin County physicians prescribed opioids at a lower rate than Denton and Tarrant counties as well as the national average.

A growing awareness of the opioid crisis has led to physicians prescribing fewer opioids and pharmacists limiting first-time prescriptions, said Malini Ghoshal, a registered pharmacist and president of Plano-based Inspirra Healthcare, a research company for the health care industry.

Ghoshal said physicians are turning to other pain-relieving drugs and non-prescription solutions for acute pain. And some pharmacies, such as Walmart and CVS, are limiting the amount and dosage of an opioid prescription they will fill.

Dr. Joel Holiner, the executive medical director for both Medical City Green Oaks Hospital and the Holiner Psychiatric Group, points to three players as the cause for what he sees as an over prescription of opioids: pharmaceutical companies, physicians and government officials.

A physician himself, Holiner said doctors share part of the blame for the high opioid prescription rates, as they are the ones writing the prescriptions.

Holiner also criticizes the government for what he sees as an inability to slow down the pace of drugs coming in from outside the country. He also said the government places tight restrictions on drugs used to help people stop using opioids, and there is a lack of funding for research for other pain-relief modalities.

As part of the state’s efforts to curb opioid prescription rates, state Sen. Van Taylor, R-Plano, worked on a bill, which was written into law in September, that places stricter requirements on both prescribers and drug regulatory agencies to use a database, called the Prescription Monitoring Program.

“I think what’s important is for the Legislature to remain engaged, to monitor what’s going on, to listen to the people who are using the Prescription Monitoring Program to see what we need to do to improve it,” Taylor said.

Local and national entities have ramped up prevention efforts to address opioid overdose deaths. In April, U.S. Surgeon General Jerome Adams called on more Americans to carry naloxone, a prescription that can reverse the effects of an overdose.

Naloxone does not remove opioids from the body.

According to the National Institute on Drug Abuse, a person given naloxone should be observed by emergency personnel for at least two hours after being administered the drug to make sure an overdose does not occur again.

In 2015, the Texas Legislature allowed naloxone to be prescribed to those at risk for an opioid overdose or those who are in a position to assist someone experiencing an overdose.

Many first responders, including the McKinney Fire Department, carry naloxone, but MFD EMS Chief Charlie Skaggs said it is not used often.

Beyond having naloxone available, fighting opioid addictions begins with addressing symptoms of depression and anxiety that could lead to addiction, Solari said.

“I think we still have a lot of people who don’t seek a mental health professional,” he said. “… You break your arm, and because it’s a physical illness, it’s, ‘Hey, go to the doctor right away.’ You come down with symptoms of a mental illness, and people just don’t look at it in the same way.”
SHARE THIS STORY

Transportation updates: 5 projects to watch in the McKinney area this October

The spraying is scheduled to begin at 10 p.m. Oct. 20, weather permitting, the release said. 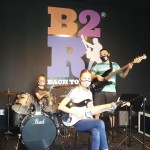 The school will offer a variety of programs, including individual and group lessons in piano, voice, guitar, drums and more.

City-level reports from Collin County show a decrease in new COVID-19 cases in McKinney this week from the week prior.

The overall project will reconstruct FM 546 pavement while adding shoulders and replacing the cross-drainage culvert.

The higher-than-expected revenue from sales tax since the pandemic began helped the city reach one of its goals for the FY 2020-21 budget.

Minshew and Reuben Johnson elementary schools will participate in MISD's Ready Academy pilot program this year, which requires kindergarten through third-grade teachers to complete the state's 60-hour Reading Academy over the next three years.