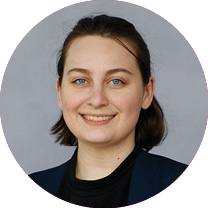 McKinney ISD board members are speeding up district-wide construction of security improvements.

At a Jan. 24 meeting, board members approved $2,914,245 in construction costs to accelerate security improvement projects at more than 15 schools across the district.

“Since there were some security issues in the state recently, we've been asked to accelerate that construction schedule,” district staff said.

The buildings undergoing security improvements are:“We did have a lockdown button [at Greer], so we get to add a security vestibule there,” staff said.

The main project at all listed schools is to create vestibules, the enclosed space between two sets of doors serving as the entrance to the school building. School vestibules are typically connected to the front desk through an intercom system to let in visitors.

Thousands of dollars have already been allocated specifically for furnishing bullet resistant doors, windows and film at each school’s new vestibule, according to meeting documents.

All projects will be headed by Balfour Beatty Construction and are expected to be finished by the end of summer 2023.

Alex joined Community Impact as a reporter in December 2022 after graduating with a Bachelor of Arts in Digital and Print Journalism from the University of North Texas. She currently covers the communities of Frisco and McKinney. Prior to CI, she reported for the North Texas Daily and interned at the Denton Record-Chronicle. A fun fact about Alex is she owns a manual typewriter.