The McKinney ISD board of trustees approved the design and probable cost of the district’s newest elementary school at a Sept. 28 meeting.

Construction on Elementary School No. 22, which is currently unnamed, is expected to start in March of 2022, according to meeting documents. The projected timeline sets completion in June 2023, in time for students to attend during the 2023-24 school year.

The probable cost of the project is approximately $35 million, which includes construction, furniture, permitting and other expenses, according to meeting documents. This is based on a 60% drawing, which does not include the costs of plumbing, electrical and other building necessities. A guaranteed cost will be presented to the board once a 100% drawing is complete.

Corgan architects and Pogue Construction are designing the building, which will be in the Trinity Falls area of McKinney. The proposed site plan is a one-story building on 12 acres bordered on the south by a future city park. 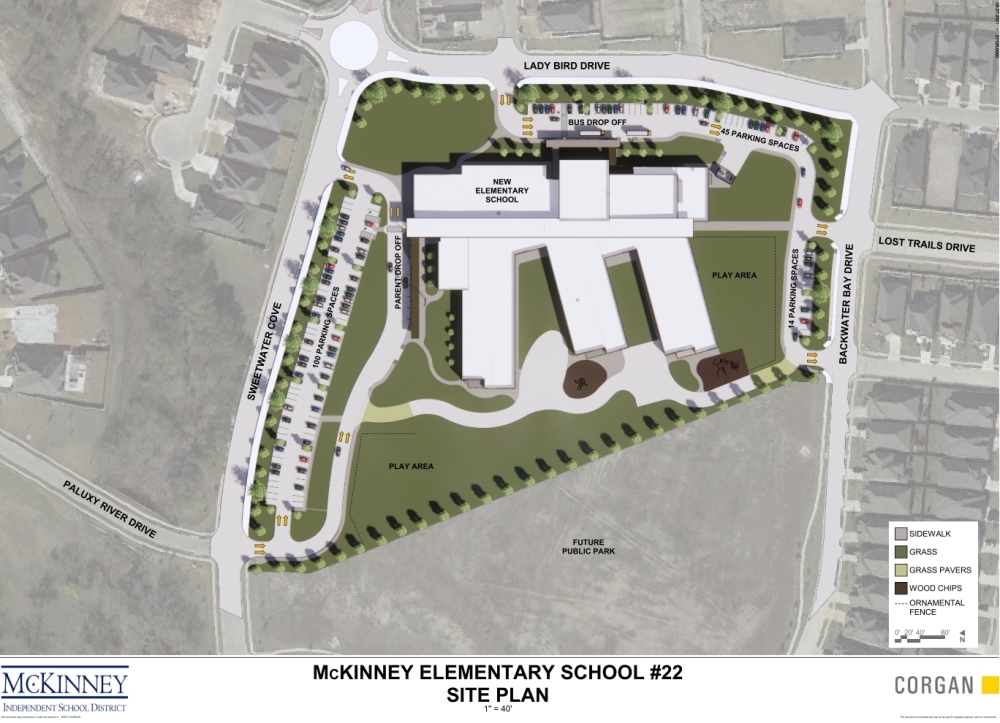 The main entrance of the school will face Sweetwater Cove. Lady Bird Drive borders the north side of the campus and Backwater Bay Drive on the east.

The district's operations team met with elementary school principals, teachers, the special populations department, food service and other departments to gather input before Corgan started the design process, according to meeting documents.

“We worked with the architect to incorporate as much of the input into the new elementary school as possible,” Chief Operations Officer Greg Suttle said.

The proposed layout places classrooms at the southern half of the campus. The gym, cafeteria and administrative suite sits at the north end of the building. This is to keep visitors from spilling into the educational wing when the school has after school or community events, Suttle said.

The gymnasium will be the campus’ tornado shelter, equipped with a concrete roof. 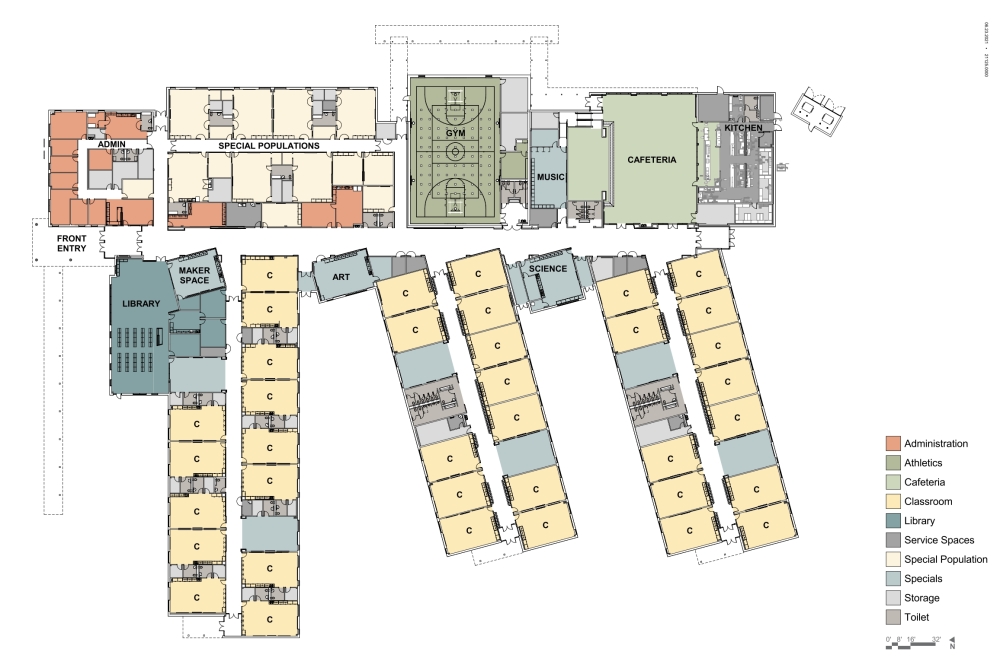 The school is part of the $245 million capital improvement bond that voters approved in May.