A minor boundary adjustment between McKinney ISD and Princeton ISD was approved during the Oct. 27 MISD board of trustees meeting.

This adjustment comes in an effort to simplify the process that determines which school district a student is zoned to within a new residential development in Princeton.

The development, Lakeview Downs, while in Princeton, is also located within McKinney ISD’s school district. Within the new development, a group of homes is proposed to be built along the boundary line that separates McKinney ISD from Princeton ISD, making it difficult to determine in which district the children would be enrolled. 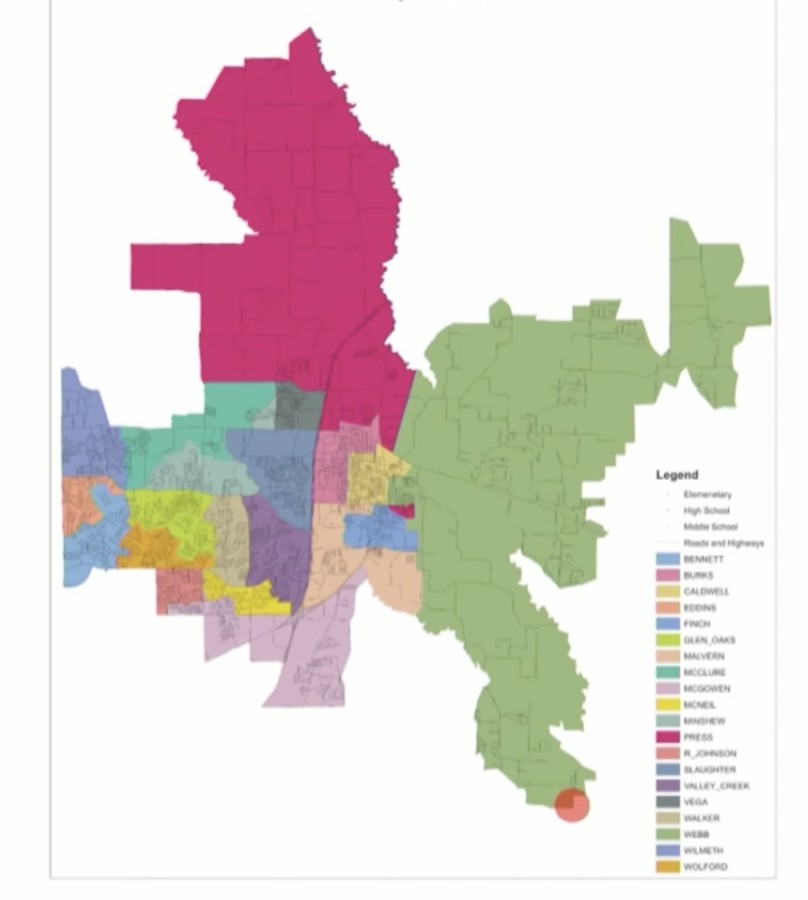 “[Usually,] if the master bedroom is on our side of the district [boundary line], the children go to our district. If it’s in Princeton’s district, they go to Princeton,” said district staff.
RELATED STORIES

• 'We are trying to have greater consistency': McKinney repeals public health ordinance and more of the week's top DFW news

• DATA: More than 57,000 people have turned out to vote in McKinney since start of early voting

But in the past, there have been problems with people claiming other rooms as the master bedroom to enroll their children in the preferred district, according to staff. To avoid this, the district superintendents agreed for this situation to adjust the boundary line slightly to make it where a specific street within the development would become the new boundary line.

Sugarbar Street was agreed upon to become the new dividing line within Lakeview Downs, according to the approval.

“So now anybody on the northwest side of Sugarbar Street will go to McKinney and anyone on the southeast side will go to Princeton,” staff said.

Out of a total of 103 homes, 64 for will zoned to McKinney ISD and 39 will be zoned to Princeton ISD.

According to district staff, adjustments are not uncommon.

“It happens a lot,” district staff said. ”I believe we have nine towns in our school district, so it will continue to happen a little at a time.”

The approval was only the first step of the process, according to staff. Next, the boundary line adjustment will go to the Texas Education Agency for final approval, which is expected to take about 30 days.
McKinney ISD McKinney ISD Board of Trustees Princeton Princeton ISD Lakeview Downs McKinney Education
SHARE THIS STORY