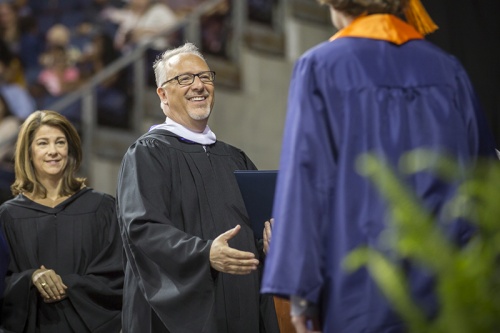 McKinney ISD board member Kenneth Ussery will step down from his Place 2 seat.

McKinney ISD board member Kenneth Ussery will step down from his Place 2 seat, according to an Aug. 28 news release from the district.

Ussery, who was elected in May 2017, said he is moving out of the Place 2 district, according to the release.

The Place 2 seat encompasses property north of US 380 with a section south of US 380 that runs east of Stonebridge Drive, west of Hardin Boulevard and north of McKinney Ranch Parkway.

According to the release, Ussery will remain in the Place 2 seat until the board selects someone to fill his vacancy. This is in accordance with the Texas Association of School Boards regulations. Under the regulations, Ussery may remain in his seat for up to 180 days.

Ussery, who recently relocated to the Place 1 district, told Community Impact Newspaper if given the opportunity to serve on the board again he would. Ussery said he will also remain active in the district.

The MISD board is made of seven members, including two at large seats. When elected, board members serve four-year terms.