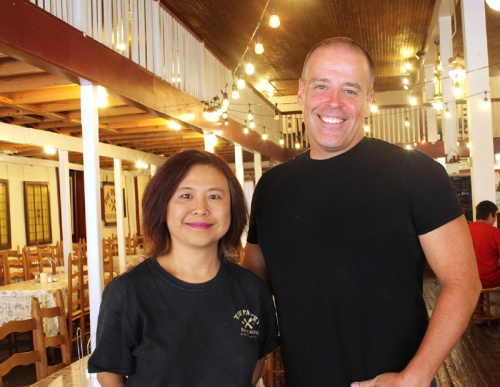 The Pantry Restaurant will soon begin offering new options to go alongside the traditional homestyle items with an expanded menu expected to roll out in September.

The Pantry Restaurant, located in downtown McKinney, was established in 1982. Owner Cleo Meredith said she and her husband, Tom, purchased The Pantry in 2001.

“The Pantry has been a staple in McKinney for a long, long time,” Meredith said. “... Our homemade food and homemade pie are well-known in McKinney.”

Though The Pantry will stick to its traditional recipes, to keep up with customer demands some changes had to be made, Meredith said.

In January chef partner Robert Richards joined The Pantry to help convert the restaurant to a farm-to-table concept, in which food is grown and delivered from locally sourced farms.

Richards said he works with 10-11 farms for produce and proteins such as beef, chicken, pork and eggs, which are all naturally grown in the surrounding area.

“The farm-to-table concept is such a big deal right now, and it’s amazing what that tastes like,” Richards said. “The freshness just knocks your socks off.”

Meredith said she wants to keep The Pantry’s traditional home-cooked recipes and menu items but expand the menu to include more variety and incorporate farm-fresh produce.

“It’s going to be like you’re going to your grandparent’s house,” Richards said. “Having that home-cooked meal soothes the soul, and that’s what we want to do. Hopefully people can see it and taste it and know that we are cooking from our heart.”

To further this farm-to-table concept, The Pantry will hold monthly tasting events at which a local farmer is featured and guests receive a seven-course meal prepared from the featured farmer’s produce.