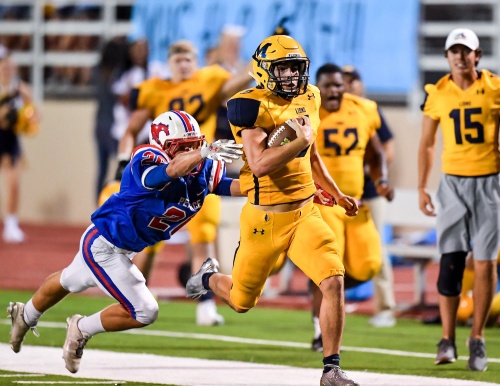 McKinney ISD officials are hopeful that the first game held at the district's $70 million stadium and community event center will take place Aug. 30, according to a news release from the district Thursday.

"I am optimistic that we’re going to play the full 2018–2019 football and soccer seasons at the new stadium this year,” MISD Superintendent Rick McDaniel said in the release. “From the spring of 2016, we have dreamt of opening this stadium and event center that would serve our community for years to come. Our seniors have awaited the opportunity to play and perform in that stadium, and it is our intent that they do so from the first game of the season.”

The news comes after the second of three reports about concrete cracking at the stadium were released. Cracks at the stadium are located in the home concourse, visitor concourse and home and visitor concourse lower bowl wall. These areas were brought to the attention of Manhattan Construction and Stantec in January, and MISD hired Nelson Forensics, an investigative and forensic engineering organization, in April to review the areas of concern.

The two reports from Nelson showed cracking at the stadium does not pose a life safety concern but rather a long-term maintenance and durability concern. The district is still waiting on one more report from Nelson.

"Manhattan and Stantec have assured MISD those issues are in no way an impediment to full enjoyment of the facility for the upcoming football and soccer seasons,” MISD Chief Financial Officer Jason Bird said in the release.

“We want the experience of coming to our stadium to be an event that is so firmly entrenched in our community that it becomes a regular Thursday or Friday night affair,” McDaniel said in the release. “It’s family-friendly, and it should be exciting for all that are involved, whether you are in Fine Arts or involved in the athletic events taking place at the venue. We want the stadium and event center to be something that our community is proud of and they continually want to bring others to see and enjoy and be a part of.”
More information about the stadium can be found in Community Impact Newspaper's previous coverage here.