Here is the latest news in McKinney regarding the coronavirus. (Courtesy Adobe Stock)


Editor's note: This post is a running list of news items related to coronavirus; it will be updated throughout the week.

Health officials in Collin County confirmed 19 additional cases of coronavirus on April 5. That brings the county's total to 287 confirmed cases with 102 having recovered.

None of the new cases were among McKinney residents, according to the county's report. The number of confirmed cases in McKinney stands at 56, data showed.
RELATED STORIES

Collin County is reporting 13 new cases of the novel coronavirus, bringing the county's total to 268 as of April 4.

A 67-year-old Frisco woman with underlying health complications became the county's third death connected to COVID-19, according to health officials.

To date, there have been 993 negative tests for COVID-19, county health officials reported.

Collin County is providing a more detailed breakdown of cases on this dashboard.

Collin County health officials announced April 3 that an Anna woman in her 40s has died due to COVID-19, making it the second coronavirus-related death in Collin County.

The woman died in a local hospital April 2. No other personal details were shared.

“All of us at Collin County are saddened at the report of a second COVID-19 death within our community,” Collin County Judge Chris Hill said in the release. “To her family, please know that you are in our thoughts and prayers during this difficult time.”

Collin County has 227 confirmed cases as of April 3.

McKinney golf courses and clubs will stay open after a motion to name them as nonessential businesses failed at an April 3 McKinney City Council special meeting.

Private golf courses will instead be advised to follow the rules laid out by the city’s municipal golf course, including enforcing social distancing and cleaning standards. If the rules are not followed, courses will be at risk to be shut down by action at an emergency council meeting, the directive said.

“They are on trail ... as to whether or not they can stay open,” Council Member Charlie Philips said. “The public is in contact with us, and we will know if they are not following those rules.”

The number of coronavirus cases confirmed in Collin County has risen to 227, with 156 of those cases still considered active.

Of those known to have the virus, 26 were hospitalized late April 2, according to the Collin County health authority.

Seventy county residents who tested positive for the virus have since recovered.

The number of people in Collin County who have been hospitalized with confirmed cases of the new coronavirus jumped to 24 the morning of April 1, up from 16 the previous day, as the total number of cases continues to rise.

In all, there have been 184 total confirmed positive cases of COVID-19 reported to the county health authority, a number 15% higher than the tally reported March 31. Most confirmed cases have not required hospitalization.

Hundreds more still are under monitoring for similar symptoms.

McKinney ISD will remain closed for another four weeks, according to district officials.

On March 31, Texas Gov. Greg Abbott issued an executive order extending the closure of Texas schools to May 4. Later that day, MISD Superintendent Rick McDaniel made the same call.

“Please know that our desire as a district is to get our students back on campus as soon as possible, but the spread of the novel coronavirus continues to advance in North Texas, other parts of the state and across the country, and we must wait until it is safe for students to return,” McDaniel said in district statement.

During this time, teacher-directed digital learning will continue, and academic and social-emotional enrichment resources will remain available online for students and families, according to the district.

In addition, MISD personnel will continue working from home with limited on-site operations.

McKinney Mayor George Fuller; his wife, Maylee Thomas-Fuller; and their daughter, Milyan, were tested for the coronavirus after a positive case was identified in the family. Maylee announced in a Facebook post March 31 that all three members of the household received negative test results for the virus.

The county health authority has reported 26 new cases of coronavirus.

The new cases bring the county total to 160 confirmed positive tests. Of those, 112 were active cases.

Sixteen confirmed Collin County coronavirus patients were being treated in area hospitals as of March 31.

County health officials said Monday these confirmed reports are not a full picture of the number of people affected by the virus.

Fuller said he has not been in physical contact with his daughter for several weeks, but his other daughter, who lives with him and his wife, has been dropping off care packages at the 19-year-old's residence.

Later on, Fuller said he and his other daughter will be tested for the virus to make sure they are not compromised.

“Tests are very scarce, [so] I am using a private company that will be testing me in my home,” Fuller said in an email to Community Impact Newspaper. “I will be testing myself and my daughter, in order to not use any more tests than necessary. The other family member in the home is my wife. ... If I test positive, she is definitely positive.”

Fuller said that his daughter is not the first person close to him to be affected by the virus.

“I’ve now had a friend pass away from the disease and a daughter that is infected and sick,” He said. “In addition to being in a legislative position on this pandemic, I am a father dealing with a sick child from the very virus I am trying to help protect our community from. I am intimately aware and familiar with the potential danger.”

Collin County reported six new cases of the coronavirus the evening of March 29, including four that required hospitalization.

As of March 29, 134 cases of the virus had been reported to Collin County health authorities. One case that had previously been counted as a McKinney resident has been confirmed as a Dallas County resident and taken off Collin County's total.

Coming into the day, 41 people who tested positive for the coronavirus in the county had recovered. Eleven were hospitalized, not including the four new hospitalizations reported March 29. The majority of cases were in home isolation.

Cities remain under a variety of state and local orders restricting business activity and ordering residents to stay home except for essential activities.

Coronavirus updates from before March 30 can be found at this link. 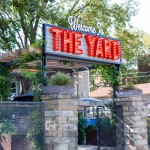