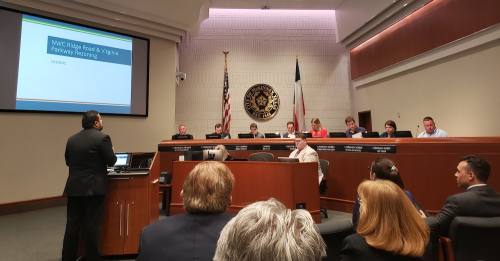 According to applicant Bob Roeder’s presentation, the plan included developing a hybrid car wash where drivers could bring their vehicles to move through a short tunnel that would wash their cars. A vacuum service would also be provided, but not detailing services. Roeder said these types of car washes typically attract 1% of existing traffic. The car wash would not cause any traffic problems, he said.

City staff recommended commissioners deny the request since several of the applicant's provisions, such as landscape buffer variances, did not conform to the city’s standards.

Several residents in attendance at the meeting expressed opposition to the request. They said a car wash would conflict with the character of the neighborhood and would open the door to safety concerns and noise nuisances. They were in favor of the zoning remaining the same and for a small office development to be developed in that area someday.

The request to rezone the area will be sent to the McKinney City Council Nov. 5 with a negative recommendation from the P&Z commissioners.