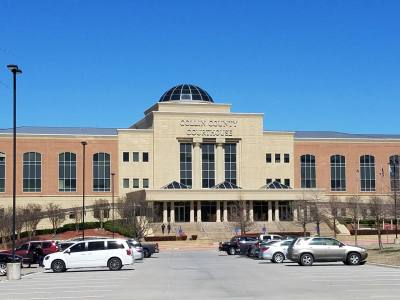 Editor's note: This article has been updated to include support from the city of Farmersville as Mayor Diane Piwko also spoke at the meeting.

Discussions centered around potentially calling for a $671 million bond election used for county transportation projects. While a specific dollar amount has not been determined, commissioners said they hope to determine that number among other details at another meeting in two weeks.

Clarence Daugherty, Collin County's director of engineering, said he can get defined numbers in two weeks, with the understanding that the bond total will still be a rough guess at this point. In order to have the bond appear on the November ballot, commissioners are required to call for an election no later than Aug. 20.

Commissioners said the intent is for the majority of funding—80 percent—to be used for limited-access roadways, or freeways, with the remaining 20 percent used for principal arterial roadways and other thoroughfares. Funding for open space in the form of parks and trails was also mentioned as a possibility for the bond, but no specific funding amount was discussed.

For the principal arterial roadways, rather than determining specific projects to work on and how much funding to allocate to each project in advance of calling for the bond, as done with the 2007 bond, commissioners said they would like to determine projects on a yearly basis and see cities present projects to commissioners court with a funding match already allocated. From there, commissioners would decide whether or not to support projects and provide additional funding.

Commissioners have yet to determine guidelines for city’s submitting projects, including what percent funding match will be required.

The cities of McKinney, Plano, Frisco, Farmersville and Anna and the town of Prosper spoke in support of a November bond election during the meeting.

In June 2017, commissioners discussed calling for a transportation bond election but no formal vote was taken.
SHARE THIS STORY