As of Dec. 1, Ben E. Keith Co., who has been distributing beer in North Texas for decades, will distribute the McKinney brewery's beer, including Tupps IPA, Texas Shade, Cotton Mill Gold and its seasonal beers, starting Dec. 1.

"To be successful in the beer business you have to, first and foremost, make great beer," said Chase Lewis, vice president of sales at Tupps, in a press release. "Second, you have to present yourself well to the market. Last, but very far from least, you have to manage the distribution of your product very well."

Since its opening in May 2015, Tupps has been self-distributing in North Texas.

"I believe that this partnership will propel Tupps to the next level in [Dallas-Fort Worth]," Lewis said. 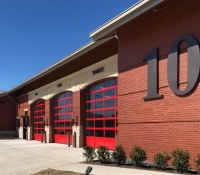 McKinney Fire Station No. 10 is expected to open the morning of April 2, according to a release from the McKinney Fire Department.