The $200 million expansion of the Sam Rayburn Tollway and its intersections is on track to be completed by the end of the year, according to the North Texas Tollway Authority.

The tollway’s widening project began in January 2019. It adds a fourth lane in both directions from Denton Tap Road in Coppell to US 75 in McKinney. Rey said crews will open new lanes in segments as construction wraps up. Landscaping and striping work in the corridor is ongoing.

The tollway feeds directly into southern Lewisville and serves as an important connector for the city to The Colony, Plano, Frisco and McKinney. Seven intersections in the Lewisville area were also widened.

Lewisville City Council Member Brandon Jones serves on the North Central Texas Council of Governments Regional Transportation Council and said he believes the tollway is an important amenity for residents.

Jones said the tollway will take on even more importance with the annexation of Castle Hills, planned for Nov. 15. The master-planned community is located along the tollway just east of Lewisville.

“[The Sam Rayburn Tollway] is very important for the office space that’s in Castle Hills and for the residents so they can get back and forth,” Jones said. “It’s going to be a great stopping point. It will be entertainment and mixed use, so they’ll have that offramp that can get them there pretty quickly.”

The tollway expansion project aims to improve regional mobility, as the estimated North Texas population of 7.5 million is projected to exceed 11 million in the coming decades.

The project is paid for through the NTTA’s Capital Improvement Fund, which is funded by toll revenues available once other costs are paid.

Denton County Judge Andy Eads, who represents the county on the Regional Transportation Authority, said expanding infrastructure is essential as the region grows.

“Our statistics show that 82 people move to Denton County every day,” he said. “[We have] always known that we have got to stay ahead of growth.”

Eads said the plan to reduce traffic congestion is twofold. First, he said, the region must expand more roadways wherever possible. Second is to build more developments where residents can live, work and play in one place, he said.

“When you increase the commercial and industrial components of development in the county, you reduce the commuter [need] where everyone is driving during peak hours,” Eads said.

Jones said regional transportation officials may also have to look at alternatives for the long-term.

“Whether it be rail or buses ... we are trying to work on congestion, the air quality, things of that nature,” he said. “It’s going to have to be an all-hands-on-deck approach to how we deal with traffic in the future as we build out.” 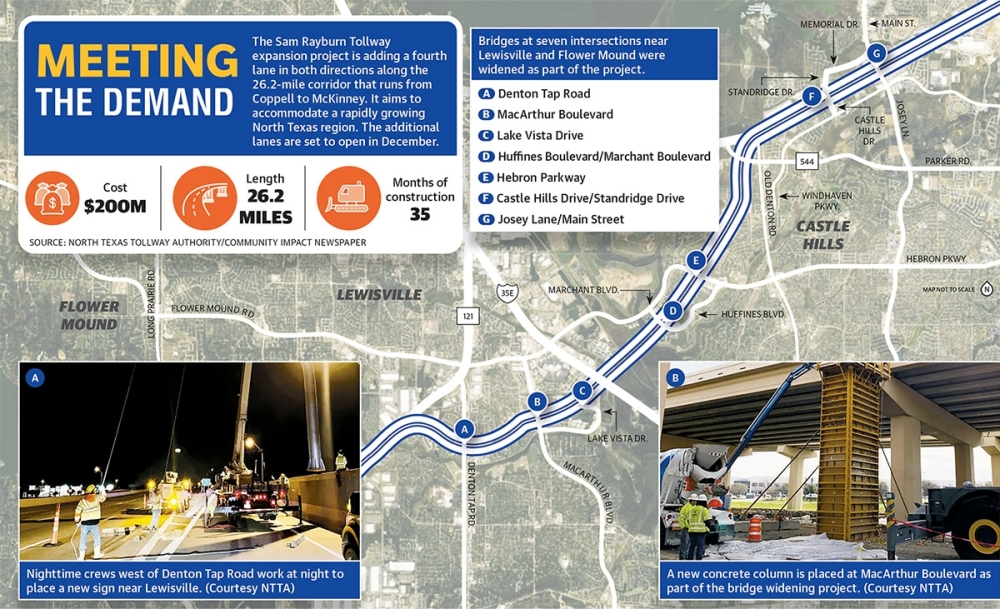