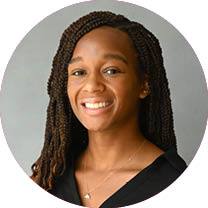 Highland Village was ranked as one of the safest cities in Texas. (File photo)

Highland Village and Flower Mound were ranked among the safest cities in which to live, according to two recent reports.

Based on SafeWise’s findings, Highland Village—which has a population of 16,848—reported fewer than two violent crimes per 1,000 people and 15.1 or fewer property crimes per 1,000 people. Its violent crime rate remained unchanged since the 2020 report. The property crime rate dropped from 6.5 in 2021 to 4.7 in 2022. Of the 50 cities included, Highland Village was one of seven Dallas-Fort Worth suburbs to make the top 10.

In a separate report by SafeWise, Flower Mound was ranked the fourth-safest city to raise a family in the U.S. The findings were based on nationwide FBI crime report statistics and population data. Flower Mound, which has a population of 80,907, improved three spots from last year’s ranking after reporting 0.22 sex offenders per 1,000, 0.56 violent crimes per 1,000 and 6.82 property crimes per 1,000.