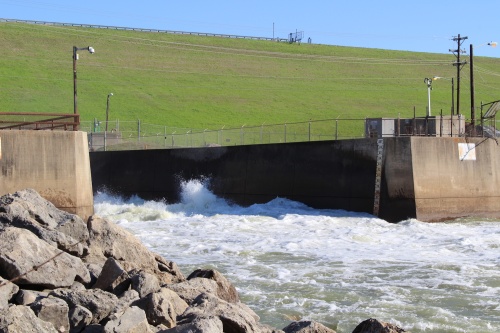 Repairs are coming to the Lewisville Dam.

The Fort Worth District for the Army Corps of Engineers has awarded the first of three contracts related to $150 million worth of improvements planned at Lewisville Dam.

The first contract, valued at $39.1 million, was awarded to California-based Granite Construction Inc. and involves embankment modifications, according to a June 3 news release. Crews will build improved seepage collection systems along with several earthen berms, the release stated. Part of the road used for dam surveillance will also be replaced.

Construction is scheduled to begin later this summer and be done by spring 2021, Granite stated in a news release. The company has worked with the Corps on projects for 40 years, the release said.

According to the Corps, the cost includes $6.5 million from the city of Lewisville to pay for relocating city-operated water lines in the area.
SHARE THIS STORY