LIVE UPDATES: Low turnout at the polls on Election Day in Denton County

Nonexistent lines are defining Election Day in parts of Denton County, as the majority of voters have already cast their ballot in person or by mail during early voting.

With record numbers of voters turning out during early voting across Denton County, voters who have waited until Nov. 3 to cast their ballot are seeing short to no wait times.

Polls workers and volunteers also said Denton County's process that requires voters to go to their assigned precinct on Election Day has caused many people to go to the wrong voting location. Denton voters must cast a ballot at their assigned precinct, which is based on their address. Voters can look up their precinct on the Denton County election page. 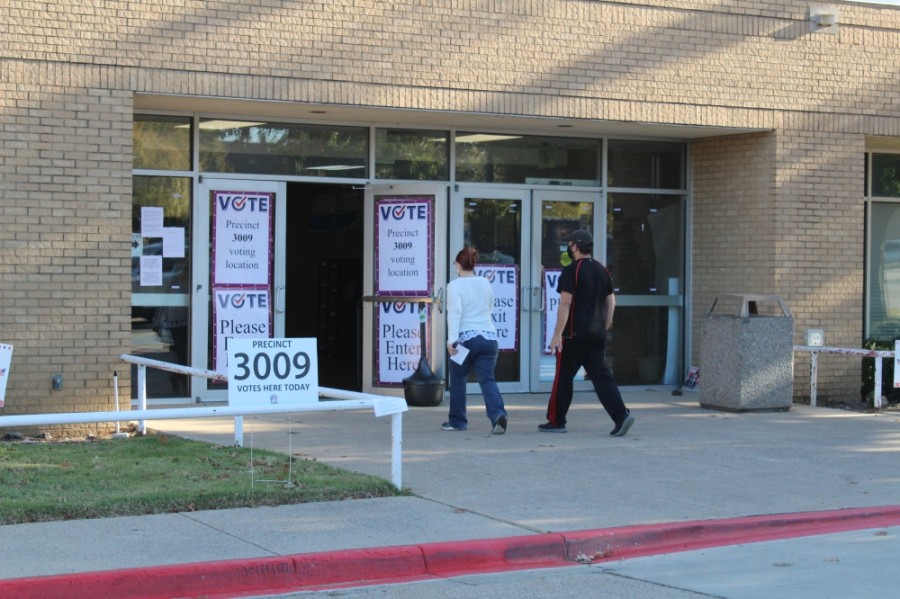 Polls are open until 7 p.m. Anyone in line before 7 p.m. will be allowed to vote.

Denton County residents who use a mail-in ballot option can track mail-in ballots using an online tool provided by nonprofit organization Vote America. Voters using the tool can check whether their mail-in ballot has been received by the county elections office.

Residents gathered on the steps of Lewisville City Hall to protest the arrest of civilian government leadership that occurred in early February in the Southeast Asian country of Myanmar.

For the second year in a row, schools will alter key rites of passage for high school seniors throughout Lewisville ISD as they continue to navigate instruction during a pandemic.

Lewisville ISD will press forward this week with in-person and remote instruction even as crews continue to repair damage from last week’s winter storms.