The educational attainment of those 25 and higher in Lewisville, Highland Village and Flower Mound shows a higher percentage of those with bachelor's degrees than the state average, according to the most recent American Community Survey estimates.

Lewisville differs from Highland Village and Flower Mound by having a lower percentage of residents with a graduate or professional degree than the state.
RELATED STORIES

• Colleges prepare for an uncertain semester in North Texas 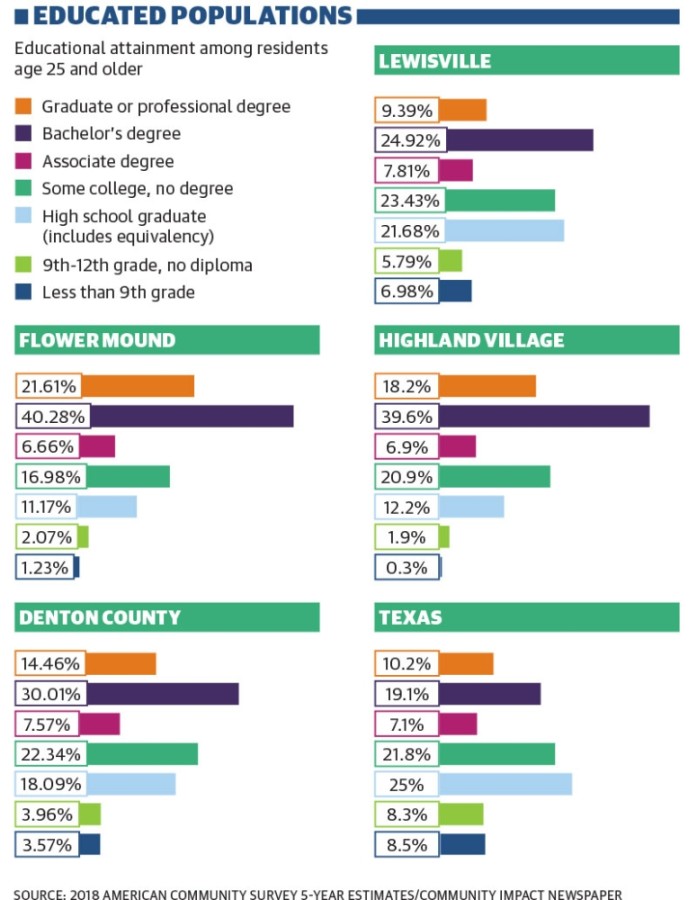 Among four selected higher education institutions in Denton County, the University of North Texas had the largest enrollment and issued the largest number of degrees in fiscal year 2018-2019.

More information on the demographic makeup of local colleges can be found below. 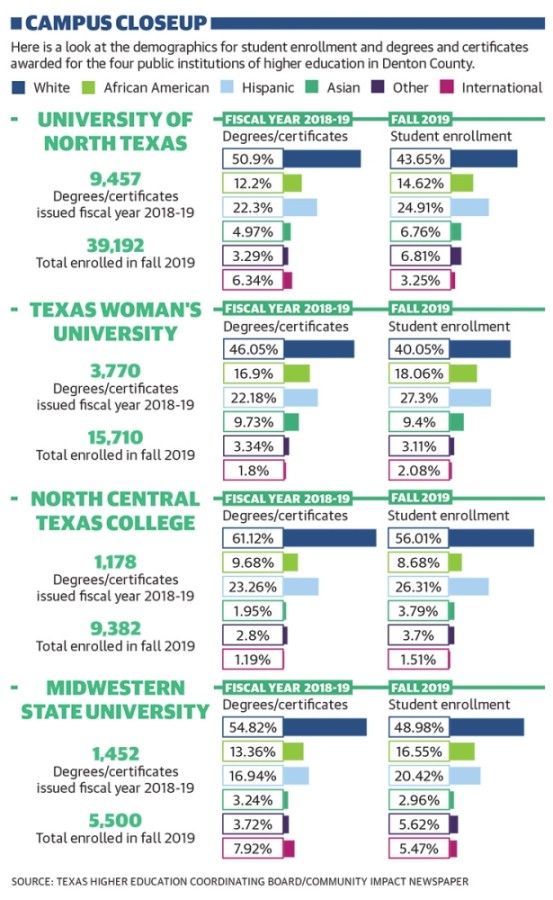 Market by Macy's is a smaller store that offers a curated assortment of branded fashion for men, women and kids as well as home, beauty and gift items, according to a news release.

James Childers, who currently serves as assistant city manager of Irving, will begin the position on Jan. 3, 2022.