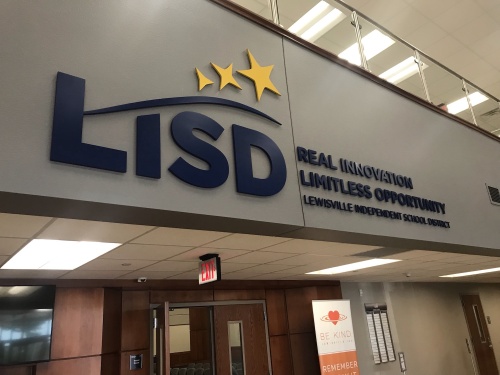 The Lewisville ISD board of trustees unanimously adopted a $489.4 million general fund budget for 2019-20 that included pay raises for teachers and increased spending for security.

The budget, approved at an Aug. 26 meeting, included an $18.6 million recapture payment to the state—almost half of what it had to pay in 2018-19, due to school finance reform passed into law this year.

LISD is entering its second year as a recapture district. This means that the district is considered by the state to be “property-rich” and must pay money into the recapture system that is then redistributed to “property-poor” districts.

Mike Ball, LISD’s chief financial officer, said the district is subject to recapture payments because property values have gone up while enrollment has declined.

Though LISD’s 2019-20 budget includes a recapture payment that is significantly lower than last year’s, the district still ends up with a $14.2 million deficit.

House Bill 3, which was passed into law this year, mandates that districts give teachers raises. As a result, the budget included increased compensation for teachers at all levels of experience.