Demographers expect Lewisville ISD to continue to decline in enrollment 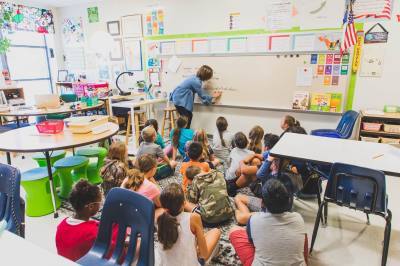 At the May 13 Lewisville ISD board of trustees meeting, Templeton Demographics gave a quarterly update on enrollment, employment and housing information for the areas LISD serves.

Templeton Demographics Representative Rocky Gardiner said Texas as a whole has seen a "tremendous slow down in enrollment."

Gardiner said charter schools received 20,000 of that enrollment growth and public schools around 12,000.

Part of LISD's decline is due to charter school growth, but also because exiting senior classes have been significantly higher than the incoming kindergarten classes, according to Gardiner.

However, Gardiner said he does anticipate the district having a fairly large kindergarten class next year.

"We expect the kindergarten class will be up by 100 students, where last year it declined by 40 [students]," he said.
SHARE THIS STORY

Flower Mound has had a 2.5% homestead exemption since 2018. The council's June 21 vote doubles the exemption to 5%.

Flower Mound to issue up to $10.25M in bonds to fund water, sewer system projects

The Flower Mound Town Council voted June 21 to issue up to $10.25 million in certificates of obligation bonds for water and sewer system projects.

The town purchased the land next to Helen & Leonard Johns Community Park and is considering whether to build a cultural arts center there.

The city of Lewisville will also be seeking a replacement for economic development director Jason Moore, who resigned.