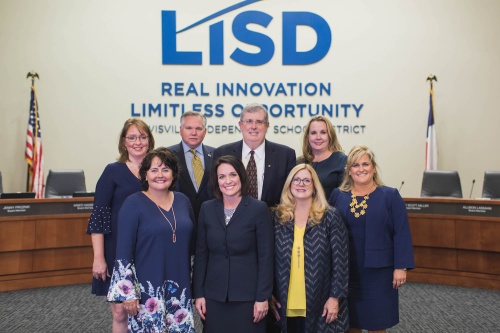 Lewisville ISD board of trustees

Lewisville ISD has denied claims its at-large voting system for school board trustees puts Hispanics and other minorities at a disadvantage, according to a federal court filing.

The filing March 22 was the district’s first public response to the Feb. 12 lawsuit that claimed the district and its school board are violating the federal Voting Rights Act.

All students have trustees who have a vital stake in their respective neighborhoods and who will represent them when important decisions are made, the district stated in its filing.

Lewisville resident Frank Vaughan filed the suit with the help of The Brewer Storefront law firm, which has had success with similar suits brought against other North Texas school districts and cities. The suit sought to adopt a more representative electoral process. It also requested the district postpone its May 4 school board election until the claims could be resolved.

District officials declined to halt the election. They are also seeking permission from the court to have the individual school board members dropped from the suit.