Lewisville City Council approved a zoning request Sept. 20 that paves the way for 18 townhomes and a commercial center to be built on vacant land at the northwest corner of MacArthur Boulevard and Lewis Drive.

According to a city staff memo, the 121 MacArthur project includes townhomes on 1.53 acres and about 37,200 square feet of commercial space on 4.68 acres fronting MacArthur. The commercial areas will include restaurant, retail and office uses, the memo stated.
RELATED STORIES

As part of its approval, council granted a variance request to allow front-entry garages for the townhomes. Those front entries would match what is offered with the existing townhomes along Chambers Drive. Developers also received approval for a variance for parking to accept 222 spaces in the commercial area to reflect the differing uses. The city's ordinance, which is based on square footage, would have required another 16 spaces, the staff memo stated.

Discussions are under way for possible traffic-calming devices to reduce the cut-through traffic into the neighborhood from Vista Ridge Mall Drive, according to the city. 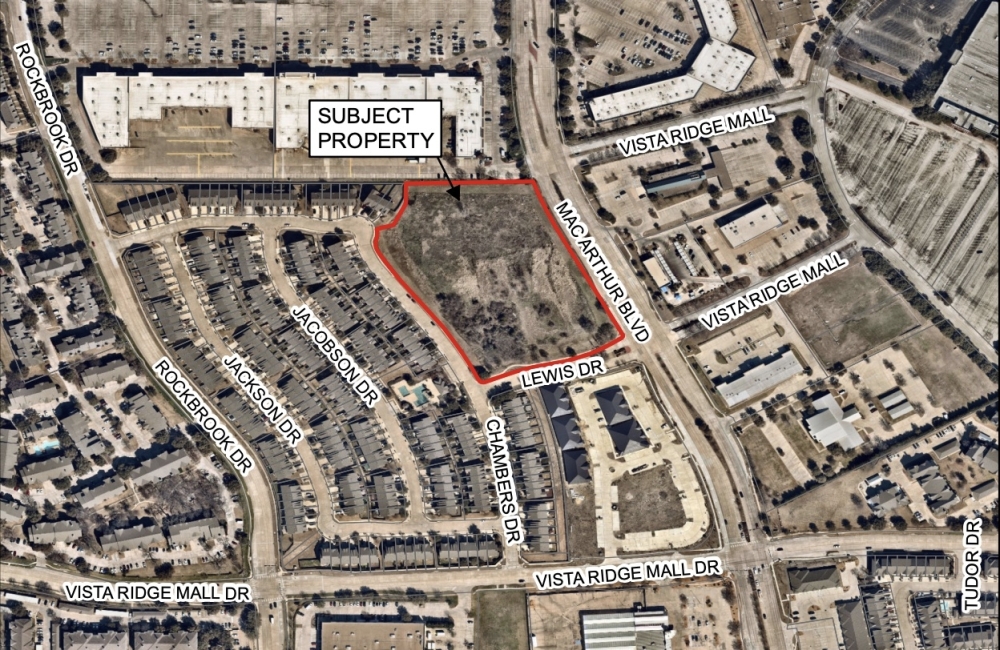 The practice relocated within Flower Mound and is now open at a new location.