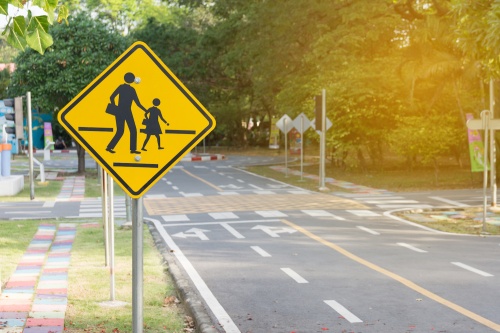 The Flower Mound Police Department, which police officials have said is “already spread thin” at minimal staffing, is working to put together a crossing guard program by Nov. 6 following a split vote by Flower Mound Town Council to terminate its contract with an outside servicer.

The town council at its Aug. 5 meeting voted 3-2, with Council Members Jim Pierson and Claudio Forest casting the dissenting votes, to terminate the town’s contract with All City Management Services Inc. and to transfer crossing guard responsibilities to the Police Department.

ACMS gave the town a 90-day termination notice the next day, moving the effective termination date up to Nov. 6.

The vote went against the recommendation of Police Chief Andy Kancel, who asked that the town not terminate the contract. Kancel said creating a crossing guard program in a 90-day period would put a strain on the department, which is currently understaffed with 10 vacant officer positions.

The vote came after the town council asked city staff in June to review its contract with ACMS—which was reauthorized in April and set to expire in summer 2022—and to provide information regarding other options and alternatives.

Council Member Jim Engel said at the Aug. 5 meeting he was in favor of terminating the contract after hearing from multiple ACMS crossing guards about safety concerns, lack of staffing levels, background checks for employees and an unresponsive supervisor.

Council Member Ben Bumgarner said he heard the same complaints when he met with a group of crossing guards.

Kancel said the complaint about the unresponsive supervisor had since been addressed and there was a new person in that role. He added the Police Department investigated 21 complaints from crossing guards and all but five were determined to be unsubstantiated.

Kancel said two of those complaints pertained to the since resolved supervisor issue, and the other three were in relation to staffing levels. He clarified the complaints were not related to child safety.

Pierson said he believed the proper solution was to amend the ACMS contract to address valid concerns but to ultimately continue it. He made a motion to do that, but it failed.

Kancel said at the meeting during the 2018-19 school year ACMS was at 99.9% full staffing, which meant the Police Department only had to cover 13.5 hours of crossing guard duty to fill in the gap.

In contrast, during the 2016-17 school year, which was the last year the department oversaw the crossing guard services, crosswalks were only 95% staffed and officers had to cover for a total of 1,232 hours to fill the gap.

“ACMS can do a lot of things that we’re not able to do at a lower cost,” Kancel said.

Transferring crossing guard duty to the Police Department could potentially lengthen the time it takes for officers to respond to emergency situations since the department is understaffed, he said.

“It’s a concern to me because I need to have the ability to respond to our community,” Kancel said. “Some of the other issues—potential mandatory overtime for patrol officers—that is a place I’d just really prefer not to go. If staffing got tough, I would have to ask them to stay ... after working until 7 in the morning, stay two more hours and then come back tired. That’s not a good practice.”

Captain Shane Jennings told Community Impact Newspaper he, too, fears the department will be strained because of the council’s decision.

“This is definitely going to put an unfortunate burden on all of our staff,” Jennings said. “It absolutely could affect response times and the number of employees that we have available to handle emergency calls. We’re going to try to mitigate that the best we can, ... but these crossing guard sites cannot be neglected because, obviously, there’s a huge liability with children crossing the road, so we have to have them staffed so we don’t jeopardize anyone’s safety.”

Jennings said the department will have to staff 56 crossing guard positions, though he is hoping some of the current ACMS crossing guards will apply to continue their jobs once the town takes over in November.

He added the department will host three job fairs to recruit crossing guards, though dates and times for the events have not yet been set.

“The objective of that is to allow as many of the current ACMS guards who would like to come make application with us to ask questions, for us to give them literature so that we can get that process started,” Jennings said. “And then also to encourage anyone that has a desire to be a crossing guard but isn’t currently with ACMS, we’re going to be encouraging them to make application with us.”

Jennings said he also encourages non-ACMS employees who are interested in becoming a crossing guard to apply to work for ACMS now so the department’s rollout of the new crossing guard program will be more streamlined.

“I would strongly encourage them to go ahead and make application with ACMS and to use this as an opportunity to be assigned a site, to learn the job, to get the training and to be really better prepared and equipped going into Nov. 6,” he said.

The department is hoping to continue the same pay level for ACMS guards who want to continue their jobs when the town takes over, but nothing has been finalized yet, Jennings said.

Despite the challenges that lay ahead, every officer in the Police Department will do their best to make the most of the situation and keep the community safe, Jennings said.

“I would ask that the community be patient both now and in the future when the town takes over,” Jennings said. “This is a big project that’s going to take some time to streamline, and we’re working very hard and diligently to make it happen. So their patience would be most appreciated.”
SHARE THIS STORY