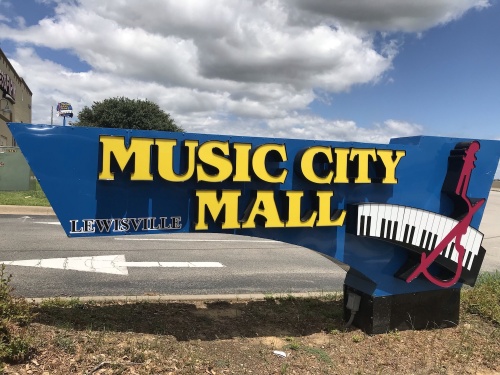 K-Pop Together, a major Korean pop music festival, is coming to Music City Mall in Lewisville on Oct. 26-27.

News of the festival comes just weeks before the Aug. 27 opening of Zion Market’s Korean-influenced center in the 150,000-square-foot former Sears building. Zion Market—a major Korean grocer based in the U.S.—will anchor the center, which will also include restaurants, family activity centers, retail and office space.

The agreement states the city will provide economic incentives to the marketplace if TW Realty and Zion Market invest $15.2 million into the property, maintain a grocery marketplace and generate a minimum of $18.9 million in annual taxable sales for the overall property.

In exchange for this—and in addition to the one-time festival grant—the city will provide a three-year annual grant in which the city will give $200,000 to the developers in the marketplace’s first year of business and $100,000 in its second and third years of business.

J.B. Blocker, a spokesperson for Zion Market, told Community Impact Newspaper that he “conservatively” estimates 100,000 people will attend the K-Pop Together festival.

“The fact that the city has the vision to see how valuable this will be, to put their money up to help, is tremendous,” Blocker said. “We had a meeting last week, and every city department was in the meeting. They’re engaging the full power of the city to be part of this. It shows their vision and willingness to engage and be part of embracing this move into the mall.”

Blocker said both Zion Market and the K-pop festival, which is set to be an annual event going forward, will significantly stimulate the local economy.

"Music City Mall Lewisville is excited to be the host site of the K-Pop Together Festival," said Natalie Boyer, general manager of Music City Mall Lewisville, in an email to Community Impact Newspaper. "This is a great way to showcase one of our newest anchors, Zion Market, while reminding the community we are still here and growing with their support. "

"With the K-Pop bands that are headlining, and the event facilitators’ expected attendance, there will likely be great visibility to Lewisville for first time visitors who will hopefully return to shop at the Music City Mall and the Zion Market," said Jason Moore, Lewisville's economic development director. "The event itself will generate sales tax as those visitors shop at our stores, fill up with fuel at our stations and stay overnight in our hotel rooms."

This report has been updated to include additional comments from officials.