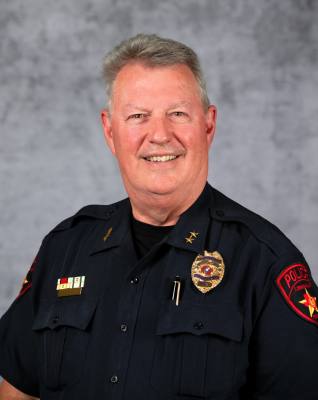 Police Chief Russ Kerbow announced this week he will retire in August after serving on the Lewisville Police Department for 40 years.

“When I took over as chief, my philosophy was, and still is, that it’s hard for a chief to be as effective as they can be much longer than about 10 years,” Kerbow said in a news release. “My retirement fits in with that guideline, and I feel it’s really time for someone else to take the reins.”

Kerbow joined the department in 1978 after some friends from high school, serving on the police force, encouraged him to apply. He served as an officer from 1978-83, held the rank of sergeant from 1983-91, served as lieutenant from 1991-97, served as commander of criminal investigations from 1997-01, promoted to captain in 2001, promoted to assistant chief in 2004, and finally promoted to police chief in 2007 following former chief Steve McFadden’s retirement.

"Russ has been the face of Lewisville policing for many years. He is an outstanding police chief and an outstanding ambassador for Lewisville,” Lewisville City Manager Donna Barron said in a news release. “He genuinely loves his hometown and the people who live here. This city has been fortunate to have such a dedicated public servant."

Chief Kerbow said his proudest achievement was having LPD recognized by the Texas Police Chiefs Association as a “Best Practices” program. The department was first recognized in 2010, earned the recognition again in 2014, and is in line to earn that recognition again this year.

He said he is also proud the department built and opened a state-of-the-art jail in 2008, and completed the 5,000-square-foot addition to the police training facility.
SHARE THIS STORY