Construction on expansion, renovation of the Flower Mound Library to begin September 2018 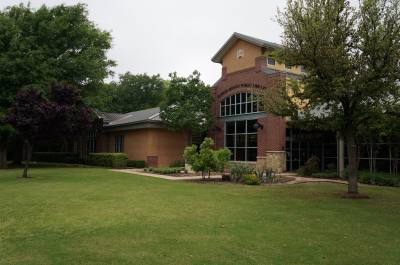 Construction on the Flower Mound Library will begin in September.

At the Dec. 4 Flower Mound Town Council meeting, design services in the amount of $794,963 were approved for the renovation and expansion of the Flower Mound Library, located at 3030 Broadmoor Lane.

The project consists of a renovation of the existing 25,000-square-foot library and an expansion of approximately 15,000 square feet as well as some site improvements.

A majority of the expansion will occur on 1 1/2 acres west of the current site. The land was purchased in January 2015.

Thirty percent of the expansion is for new meeting rooms; 44 percent is for the expansion of the adult, child and teen areas; and 16 percent for storage and staff work areas.

Design will take nine months with construction anticipated to begin in September 2018. The library will remain open during construction except for a few days when major moves are occurring.

In total the project will cost $12.4 million.
SHARE THIS STORY