Ericsson announces Lewisville as location for its first-ever 5G smart factory in the U.S. 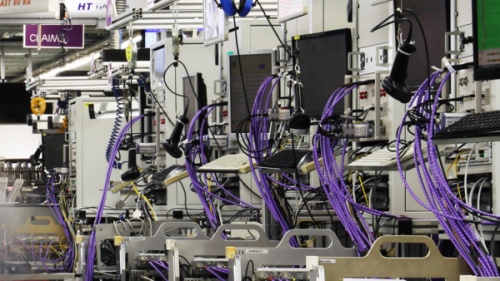 Ericsson announced Sept. 19 it has chosen to open its first-ever U.S. 5G smart factory early next year in Lewisville.

According to a news release, the factory will produce advanced antenna system radios to enable 5G deployment to increase network capacity and coverage in the U.S.

“Lewisville is very honored to be home to Ericsson's 5G radio ‘Factory of the Future,’” stated Lewisville Mayor Rudy Durham in the release. “As one of the largest providers of information and communication technology in the world, Ericsson has consistently delivered innovative and sustainable products and services. Innovation and sustainability are also key priorities for the Lewisville community and our vision for the future. We look forward to our partnership. We welcome and congratulate the Ericsson family on making Lewisville its home for the state-of-the-art factory.”

Initially, the factory will employ 100 people, according to the release. However, the facility will be highly automated, with autonomous warehouses and systems for assembly, packing and product handling.

“From manufacturing to technology, the Texas economy is firing on all cylinders thanks to investments [from] world class companies like Ericsson,” Gov. Greg Abbott stated in the release. “I am proud that Ericsson has chosen Texas to expand its operations, and can assure them that as governor, I will continue to promote pro-growth policies that reduce the heavy hand of government regulation and encourage expansion in the private sector.”

According to Abbott's Sept. 19 announcement, the facility will eventually create more than 400 new jobs and bring $134 million in capital investment to the U.S.

“We are proud of the fact that Denton County will be home to a state-of-the-art information and communication technology facility that will bring high-paying jobs to our residents,” said Denton County Judge Andy Eads, in a statement.

President of Ericsson North America Niklas Hueveldop stated in the release that Lewisville is the ideal location for the “factory of the future."

“As the commercial 5G network rollout continues to accelerate across North America, Ericsson is excited to lead the global technology evolution in close partnership with our North American customers, with a clear focus on value creation for consumers, enterprises and society at large,” Hueveldop stated. “We continue to increase our investments in the U.S., so that we can more rapidly respond to customer demands, accelerating our pace of innovation and time to market for critical new products.”

Editor's note: This article has been updated to include the address where the factory will be built.